WASHINGTON – This year’s Homecoming served as the backdrop for an emotional reunion between Dawn Williams, PhD, dean of the School of Education and her former student Alexandra Bolden. The two met in 1997 when Williams was a third-grade teacher at Deep Creek Elementary in Chesapeake, Virginia. It was the last class as a full-time teacher.

As a teacher herself, Bolden cites Williams as one of her early inspirations. “She planted hope in me and the fruit of her labor shows in me. She is someone who truly practices what she preaches,” said Bolden.

Although the two have crossed paths on numerous occasions over the years, neither had realized their relation until this year’s Homecoming. The realization came at the School of Education’s Open House. Bolden heard Williams speak and was reminded of the calming feelings she felt from her first Black teacher and someone who made her feel both physically and emotionally safe in the classroom. The reunion left both parties speechless at the full-circle moment that was upon them. 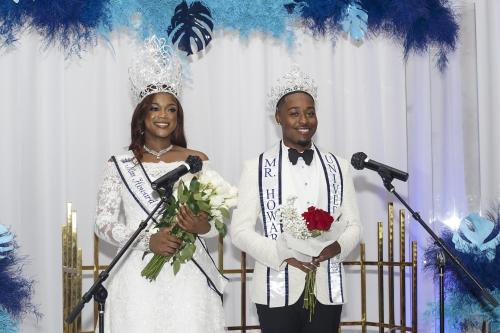 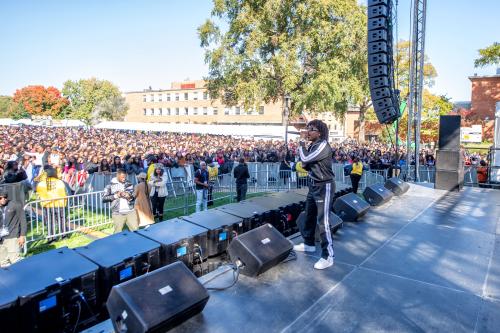 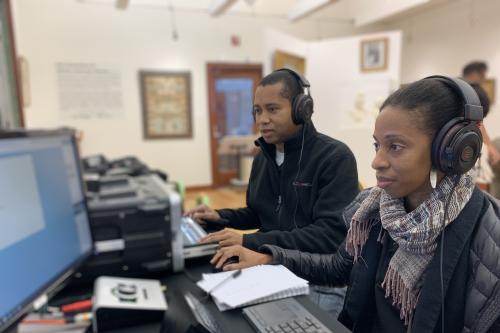 “Oddly, I have seen Alex several times, mostly at our alumni event during Homecoming. However, it was not until she came to me and said, ‘I think you were my 3rd grade teacher.’ I looked at her closely and said ‘Alex Bolden.’ It was an immediate flashback followed by an immediate flurry of tears. It was so fulfilling to hug a former student that has made me so very proud.”

Knowing she was not returning to teach the next year and wouldn’t be able to see these students grow up was difficult for Williams. Although the departure was sad, Williams holds fond memories of that final class and of Bolden. Williams recalled, “Alex was a vibrant third grader that loved to read and skipped more than she walked.  I recall we were reading fairy tales and Alex came to me in tears because another student told her that she could not be Cinderella because she was not White. The following week, I introduced the class to the fairytale, Mufaro's ‘Beautiful Daughters,’ an African folktale that is a spinoff from Cinderella.  It was my quiet way of uplifting diverse voices, perspectives and Alex.”

A former third grade teacher herself, Bolden graduated from Howard University in 2011 with a B.S. in human development and again in 2012 with an M.A. in teaching. She is currently a program specialist in the Office of Post-Secondary Education in the U.S. Department of Education.

“I was in awe of seeing someone three hours from where I grew up as the dean of the school I love so much, the School of Education at Howard University,” said Bolden. “I hope to be like her and to inspire one of my students to go on and try to make change in education or try to make change in this world.”