The 2022 homecoming brought the Howard community together for another year of fellowship, connection and reunion at the Mecca. As it does each year, the University took great care to make sure every showstopping event created memories for Howard students, alumni and staff that will last for years to come. This year’s homecoming theme, “The Meccaverse,” spoke to the power of Howard’s collective legacy and the individual heroes whose superpowers contribute to Howard’s success. Behind the curtain of every event is a heroic team of staff, alumni, and other experts who help make Homecoming magic every year. 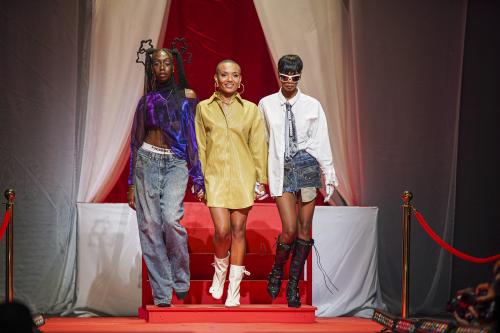 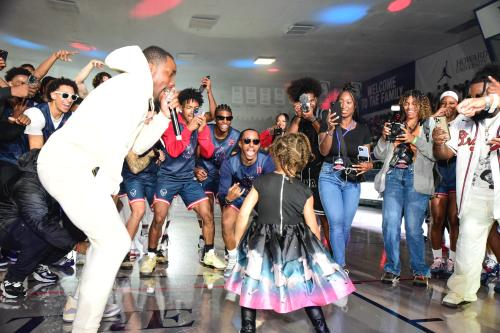 Bison Madness Lives Up To Its Name 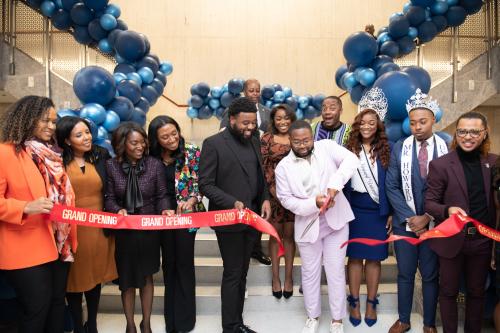 Walk into Cramton Auditorium and it is more than likely that the first face you’ll see is that of Kim Bullock. Affectionately known by students through the years as “Miss B,” for over 25 years, Bullock has been key to the production of homecoming.

“Homecoming is such an inviting and exciting time,” said Bullock. “It’s great to see so many former students come back. I’ve watched some of them go on to law school or medical school or open their own dance studio, and I’ve been able to be there to support them. Through weddings and having kids, it’s really been a journey.”

Kornerstone Productions, founded by Howard alumnus Del Sterling (B.A. ‘’93), has been providing event support for Homecoming and other Howard events for more than 20 years. A truly home-grown hero of the Meccaverse, he got his start as a student on Howard’s campus.

“We were one of the first companies to introduce screens and projection to the University,” said Sterling. “As a student in the School of Communications, I was shooting projects for class and that’s really where the idea for Kornerstone was birthed.”

During Homecoming week, Sterling and his team can be found hours before an event setting up the audio and visual equipment. Their goal, Sterling says, is to be effective and discreet.

“We’re like audio visual ninjas. We’re always thinking about the optics. When you walk into any event, we want to make sure everything just works. No questions asked.”

Alongside Sterling are a dynamic pair of Howard alumni who support the University’s video streaming for Kornerstone. Danielle and David Terrelonge, hailing from Trinidad and Jamaica, met on Howard’s campus as students in the School of Business. They married, stayed in D.C. and have supported countless University events over the years.

It goes without saying that the Howard universe wouldn’t be the same without the silent heroes who make it all possible.