WASHINGTON – (December 7, 2018), Howard University is proud to announce the 2019 Charles B. Rangel International Affairs Fellowship awardee, Sabrina Newton, a senior political science student from Barbados. The Rangel Program is a U.S. Department of State program that aims to enhance the excellence and diversity of the U.S. Foreign Service. President Wayne A. I. Frederick expressed excitement for the fellow Caribbean native on her accomplishment. 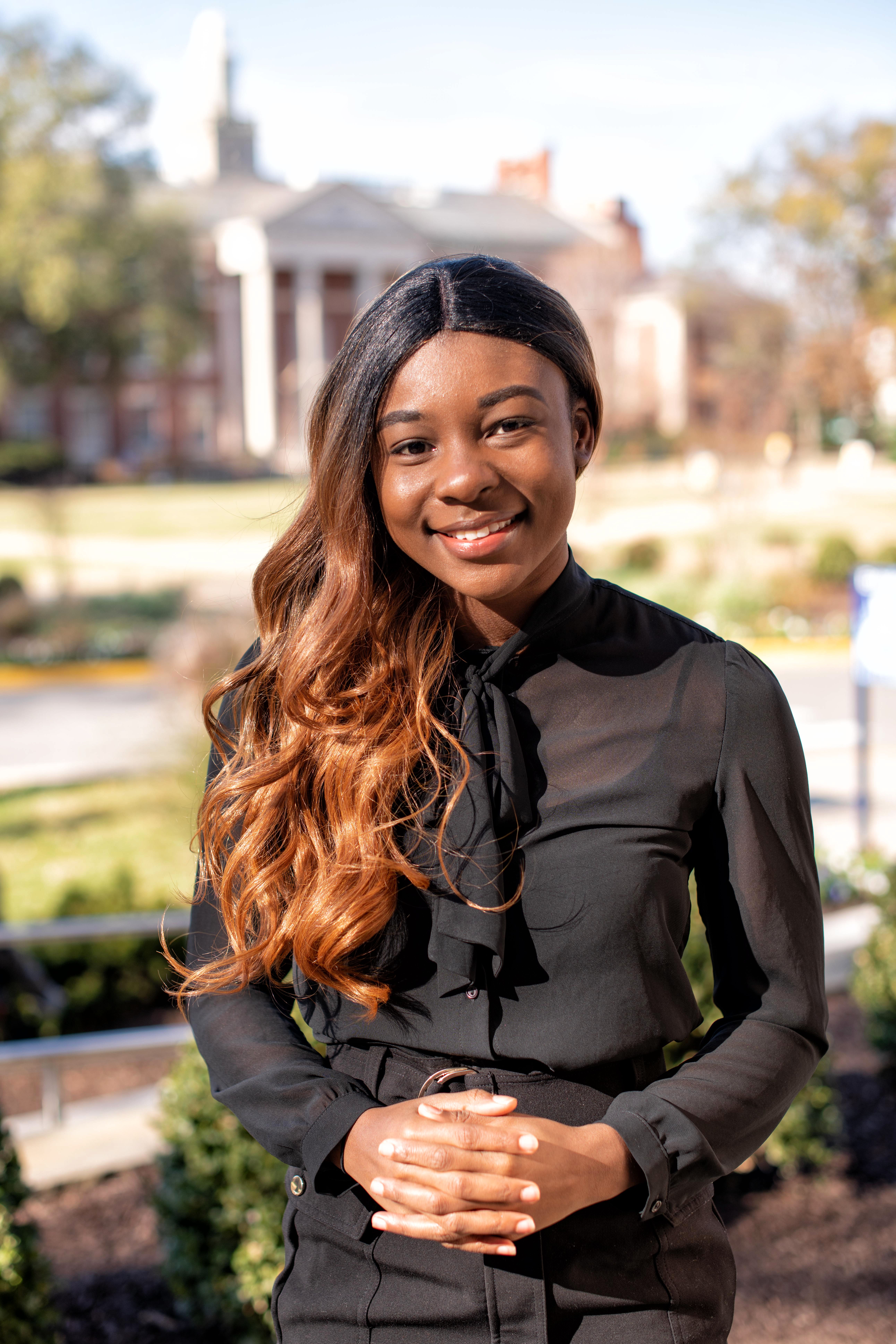 “The entire Howard University family joins me in extending congratulations to Sabrina Newton on her selection to receive the Charles B. Rangel International Affairs Fellowship,” says President Wayne A. I. Frederick. “She is a natural born leader and her commitment to foreign policy, civic engagement and volunteerism will serve her well as she embarks on a career in foreign service.”

Newton will complete her bachelor’s degree in political science with a minor in communications, this December. The Rangel Fellowship, funded by the U.S. Department of State and administered by Howard University, will support Newton through a two-year master’s degree in an area of relevance to the Foreign Service. Since 2003, the Rangel Fellowship Program selects outstanding young people each year from around the country who exhibit the ideal qualities of a Foreign Service Officer. It will also provide extensive professional development opportunities, including internships, mentors, and skills training.

Newton considers this fellowship as one the most important opportunities in her career.

“I applied to the Rangel fellowship with the objective of joining the Foreign Service to change the way we view and frame foreign policy,” says Newton, who says the culture and Political Science Department at Howard University inspired her.  “This was particularly important to me, because I believe that there is a lack of diversity in far too many decision-making spaces. I am a firm believer that millennials are the generation of innovators. I want to combine knowledge with creativity to find effective and sustainable policy solutions for the world.”

As part of the Rangel Program, Newton will work for a member of Congress on issues related to foreign affairs in summer 2019. In the summer of 2020, the State Department will send her overseas to work in a U.S. Embassy to get hands-on experience with U.S. foreign policy and the work of the Foreign Service. Upon successful completion of the program, Newton will become a U.S. diplomat, embarking on one of the most challenging and rewarding careers of service to her country. She will work to promote peace and prosperity around the world.

“Sabrina has played such a critical leadership role at Howard in promoting student involvement in international affairs and has taken every opportunity to deepen her own global experiences,” says Rangel Program Director Patrica Scroggs. “I am confident that she will excel in graduate school and make significant contributions to U.S. foreign policy as a Foreign Service Officer for the U.S. Department of State.”

At Howard University, Newton has held nine leadership positions, including co-founder and Community Outreach chair position for the United Nations Association, the head delegate for the International Affairs Society and was a participant in the Rangel International Affairs Summer program for undergraduates. With a desire to challenge the Howard community to think more broadly, she chartered a chapter of the United Nations Association on campus. The organization encouraged global engagement and helped send 60 students to Model UN, NATO and African Union.

Newton deepened her own international experiences by traveling to Ghana to intern in the Ministry of Justice's Legal Aid Scheme. Returning to the United States, she working as a global policy research assistant at the Congressional Black Caucus Foundation. In August, she traveled to Thailand as a United Nations humanitarian affairs delegate and learned about the measures taken to end conflict, famine, and human trafficking globally.  She is now a political economy research assistant at the Institute of Caribbean Studies, where she focuses on enhancing cooperation between the United States and the Caribbean region in areas like trade and the reduction of drug trafficking.

Newton realized that “often times we are too reactionary in our approaches,” so she devoted herself to studying the underlying variables which cause systemic problems.

“The professors here are not only fountains of knowledge, but they are truly passionate about their craft. I think somewhere along the line that passion spills over into the students and we become just as dedicated to causes of our own. Howard has given me a strong and fearless voice as a black woman. When I step into a room I am confident that I belong there, and I always put my best foot forward. That is the power of the Mecca,” says Newton.

About the Charles B. Rangel International Affairs Program

The Rangel Program is a U.S. Department of State program that aims to enhance the excellence and diversity of the U.S. Foreign Service. Begun in 2003, the Rangel Fellowship Program selects outstanding young people each year from around the country who exhibit the ideal qualities of a Foreign Service Officer. Administered by Howard University, the Rangel Fellowship supports those selected through graduate school and professional development activities that prepare them for their careers as Foreign Service Officers. With the academic, professional and financial support from the program, Fellows now serve as diplomats around the world, contributing to a more diverse representation and effective execution of U.S. foreign policy. More information can be found online at www.rangelprogram.org

Established in 1993, the Ralph J. Bunche International Affairs Center serves as Howard’s point of contact for a range of inquiries from entities outside the university: foreign embassies, governments, universities and corporations, as well as U.S. government agencies. We also integrate global perspectives into the HU experience, promote education abroad, facilitate deeper scholarship on global issues, support cross-cultural dialogue and respect for cultural diversity, and prepare leaders who can find solutions to global problems. We offer a variety of opportunities for students and faculty. To learn more, visit www.global.howard.edu