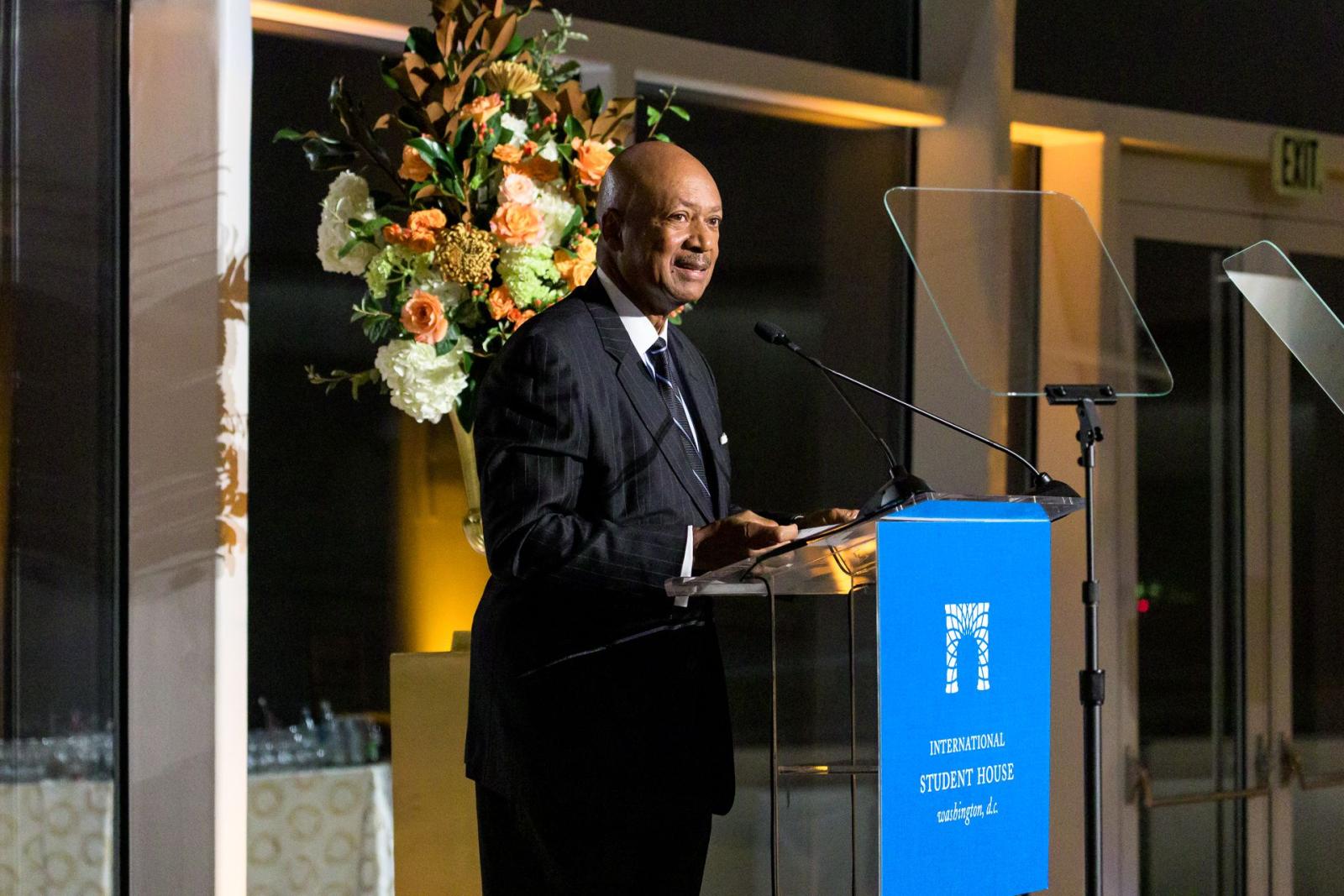 It is with great pride that I write to inform you that Laurence Morse, Ph.D. (B.A. ’73), chairman of the Howard University Board of Trustees, has been honored with the Distinguished Alumni Award from International Student House of Washington, D.C. He received the award on Thursday, September 29 at the organization’s annual gala, where the Hon. Gina M. Raimondo, the secretary of commerce, served as keynote speaker.

On behalf of our entire community, I would like to congratulate Chairman Morse on this wonderful honor. Not only is a trusted steward of Howard University, but he is a passionate champion of all HBCUs. He is a powerful advocate of ensuring students today receive a global and contemporary education, one where they are exposed to a diversity of perspectives from individuals with experiences from all over the globe. It is clear that much of the impact he has had on Howard’s Board of Trustees stems from his invaluable experience with the International Student House in London.

Chairman Morse is a co-founder and managing partner at Fairview Capital Partners, a private equity investment management firm. Prior to co-founding Fairview, he held positions with TSG Ventures, Equico Capital Corporation and UNC Ventures. He serves on the advisory boards of a number of venture capital partnerships, including U.S. Venture Partners (USVP), Battery Ventures, Sierra Ventures and Trinity Ventures. Trustee Morse is a member of the board of directors of Webster Financial Corporation (NYSE: WBS) and the board of trustees of Harris Associates Investment Trust (the Oakmark Mutual Funds). He is a former member of the board of trustees of Princeton University, and served three terms on the board of the Princeton University Investment Company (PRINCO).

Chairman Morse was appointed to the Board of Trustees in 2014 and most recently served as a vice chair of the University’s Board from July 1, 2019 to June 30, 2020. During his tenure, he has served as chair of the Development and Alumni Relations Committee, vice chair of several committees, including Audit and Legal, Compensation and Succession and Executive as well as co-chair of the Howard University Hospital/Adventist Ad Hoc Committee. He also served as a member of the Finance and Student Life committees.

Congratulations once again to Chairman Morse.