Toni Morrison: The Life of a Literary Giant

Having authored a multitude of fiction and nonfiction works, Howard University alumna and professor Toni Morrison (B.A.’53, H ’95) is one of the most celebrated and controversial modern authors. Her enduringly poignant literary work explores the plurality of Black narratives, particularly through the eyes of Black women and girls, in a stunningly eloquent and versatile literary voice. Troubled by the dominant assumption of a white reader, Morrison made a point of not centering the white gaze. Her revolutionary oeuvre attracted critical acclaim in the United States and around the world, and in 1993 Morrison made history as the first African American woman to win the Nobel Prize in Literature. Morrison’s novels continue to be a subject of richly complex scholarship, contemporary relevance, and attempted censorship.

Morrison was born Chloe Ardelia Wofford on February 18th, 1931, in the small industrial town of Lorain, Ohio. Both of Morrison’s grandparents were sharecroppers from Alabama, and because her grandfather grew up during a time when it was illegal for Black people to read at all, her parents felt strongly about encouraging her to read. Though the Woffords moved to different apartments around Lorain frequently, as they struggled to pay rent, the Lorain Public Library remained an important part of the family’s life. In 1995, she attended the dedication of the Toni Morrison reading room at the Lorain Public Library.

Troubled by the dominant assumption of a white reader, Morrison made a point of not centering the white gaze.

In 1949, Morrison graduated from high school and was accepted at Howard University, making her the first woman in her family to attend college. Her peers had trouble pronouncing her name, so she began to go by a shortened version of Anthony, the name she chose at her Catholic confirmation—thus the nickname “Toni.” Morrison majored in English and joined the drama department’s Howard University Players, touring around the South as she took part in multiple theatrical productions. Among these, she fondly remembered playing Queen Elizabeth in a production of Shakespeare’s King Richard III, a role at which she excelled. 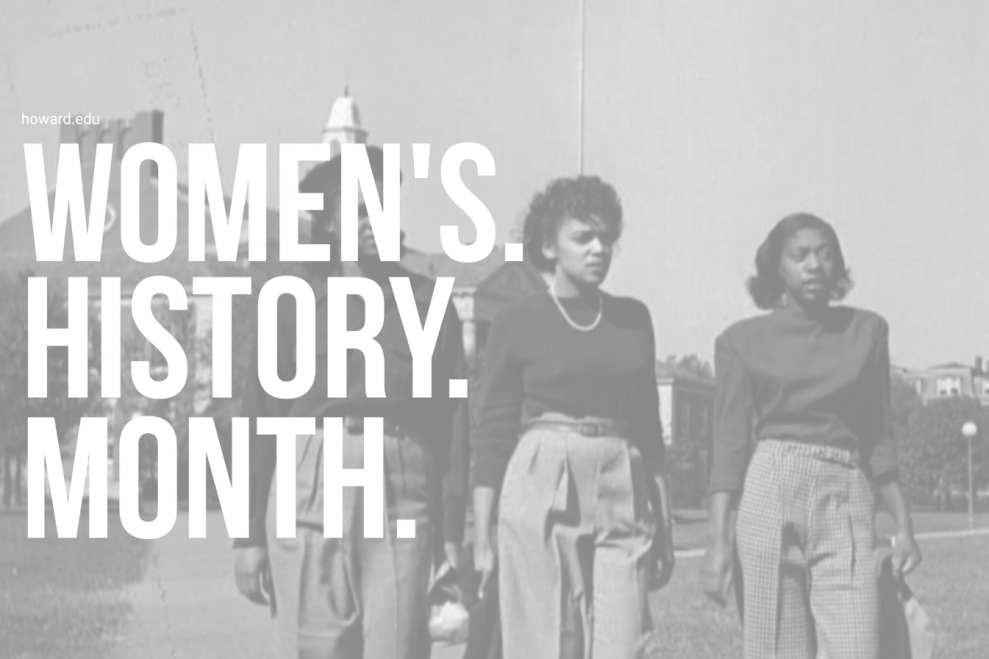 After graduating with her bachelor of arts, Morrison went to Cornell University in Ithaca, New York to earn her masters degree. Not knowing what else to do with her degrees, she taught at Texas Southern University in Houston, Texas for a year and a half, then returned to Howard University for a teaching position in 1957. She got married — taking on the last name Morrison — had her sons, and subsequently divorced during her time at Howard. Following her divorce, Morrison briefly moved to her mother’s house in Lorain before taking an editorial position at the New York Review of Books in Syracuse, New York. Remembering a conversation in her childhood between herself and another young Black girl who confessed to praying every night for blue eyes, Morrison began writing when her sons had gone to sleep, and in the mornings before they woke up; the habit of waking up early to write would remain part of Morrison’s routine.

At age 39, Morrison published her first novel, “The Bluest Eye.” The novel stemmed from a desire to read a book about how Black girls learned self-loathing, and how the pain of racism became interiorized, without explaining anything to white people; no such book existed, so Morrison wrote it herself. The gut-wrenching novel brings Black girls to center stage, interrogating the normative narrative of the perfect white middle-class family that the character Pecola Breedlove has internalized. Though “The Bluest Eye” received positive reviews from critics, and Morrison gained recognition as a scholar and critic of the Black experience, the book's sales were modest at the time. Now, “The Bluest Eye” is an enduring classic that is both taught in schools and frequently targeted by book-banning campaigns.

No such book existed, so Morrison wrote it herself.

Morrison’s profile as a writer and editor increased with her subsequent publications. Her first commercial success as a novelist was with 1977’s “Song of Solomon,” Morrison’s first book about a male protagonist. The novel follows a Black man’s struggle to understand his heritage, drawing upon Morrison’s memories of her father — then recently-deceased — and the legend of the “flying African,” a diasporic folk tale of kidnapped Africans who escaped enslavement by flying home. The massive success of “Song of Solomon” allowed Morrison to focus on writing full-time.

Between thinking, writing, and research, much of which took place in Brazil, it took six years for Morrison to produce her fifth and perhaps most difficult novel. “Beloved” tackles survival, death, love, and motherhood through the eyes of formerly enslaved characters. The book was a bestseller that was immediately hailed as a masterpiece; when it did not win the National Book Award or the National Book Critics Circle Award, forty-eight Black writers published a letter in the New York Times Book Review demanding national recognition for Morrison. “Beloved” subsequently won the Pulitzer Prize.

Following the success of “Beloved”, Morrison’s star continued to rise. With her acceptance of the Robert F. Goheen chair at Princeton University, she became the first Black writer to hold a named chair position at an Ivy League university. She published two books in 1992: the novel “Jazz” and the book of literary criticism “Playing in the Dark: Whiteness and the Literary Imagination.” Morrison thus made the New York Times best-seller list in both the fiction and nonfiction categories, a rare accomplishment. In the following year, she won the Nobel prize in literature.

Morrison continued to win awards and write for the rest of her lifetime, including four novels: “Paradise” in 1999, “Love” in 2003, “A Mercy” in 2008, and “Home” in 2012, the same year that she was awarded the Presidential Medal of Freedom by former president Barak Obama. Morrison died at the age of 88 in 2019, leaving a legacy of luminous literary achievement that continues to challenge and inspire readers around the world. A powerhouse of majestic prose and incisive cultural criticism, Toni Morrison's momentous impact cannot be understated. The enduring relevance of her work reminds us to look back at history, to examine the present, and, in the words of Baby Suggs in “Beloved,”  “Know it, and go on out.” 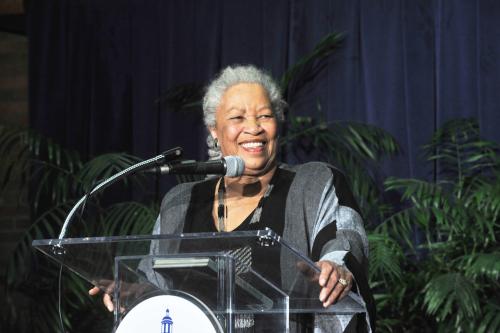 Statement on the Passing of Distinguished Alumna and Professor Emerita, Toni Morrison 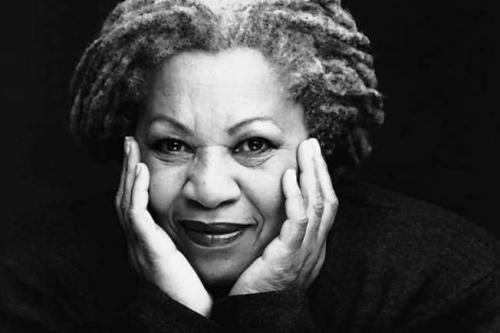