The origins of the beloved Howard University chant.

A Howard University Bison can go to any city, globally, and instantly feel at home by simply knowing the response to the legendary chant, “HHHH-U!” When a fellow Bison, a perfect stranger, responds, “YOUUU KNOW!” it can feel like The Yard has come to the place where the chant was echoed and Founder’s Library and Douglas Hall are right where they need to be – even if the two Bison are just standing in an airport or on the street, far from Howard’s campus.

“It builds an instant connection, even if you’ve never met the person,” says Howard’s vice president of communications, Frank Tramble, who recently bellowed the response to an alum who was presenting at a conference in Park City, Utah, in front of a room of 200 puzzled people.

The powerful call-and-response has the potential to build an instant bond between two Bison. Moreover, it makes one wonder, how did this chant gain so much notoriety?

Paul Cotton (PhD ’99) was deemed Howard’s historian by the community and explains how the chant came about. The late-great public announcer, Shellie Bowers, started the phrase at a Howard University football game. In fact, when the crowd first heard the chant, many were displeased by the change.

“Shellie first did, ‘First in ten, Go BI-SON,’ and that was his first widely accepted chant,” Cotton explains. “And I remember when he first started doing ‘HU! You Know!’ many alum were annoyed.”

Even though the chant wasn’t quickly adopted by the Howard community when it was first introduced, it is now a vocal relic that is cherished by Bison alum near and far, even among those who picked up on it long after graduating from Howard.

Cotton recalls, “I was actually at a gas station the other day and a 1966 law graduate saw my Howard tags and said the chant. We talked for about 15 minutes after that.”

The exact date of the chant’s birth can’t be pinpointed, though it’s speculated to have started around in the mid-1990’s. On an alumni Facebook group, someone recalled the chant also included “HU Bison! You Know!” before it was shortened to “HU! You Know!”

Others remembered a similar call-and-response of “HU! Bison!”

During the pandemic, many current students have not been as privy to the tradition, missing the opportunity to create that connection with other Bison for years to come. Cotton proposes, “There are more sophomores and juniors that have been affected by the pandemic. I think that the student body is ready and willing to be more involved with campus events that will keep the chant alive.” 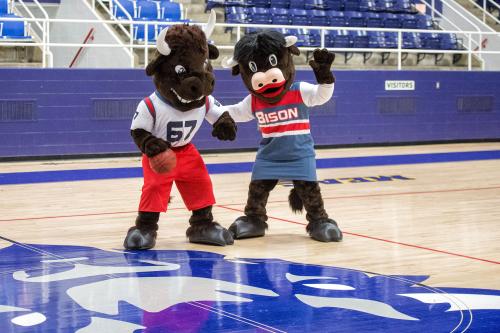 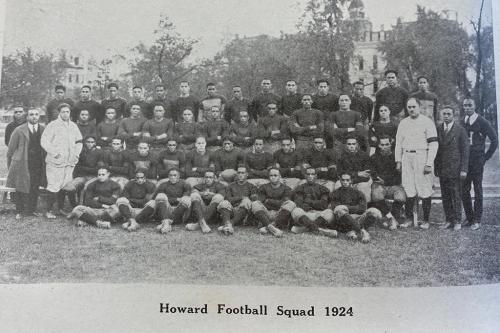