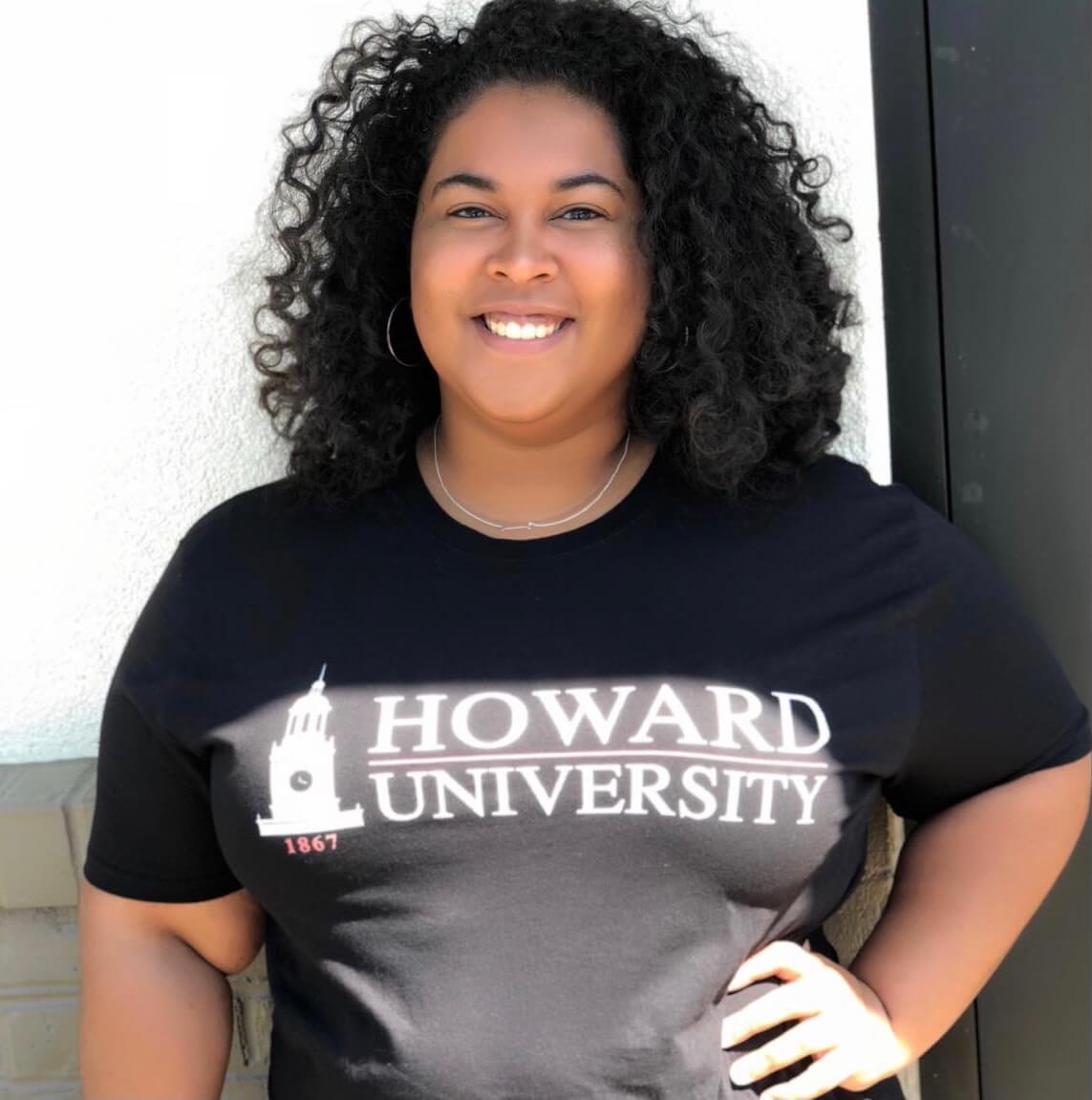 WASHINGTON – The Ronald W. Walters Leadership and Public Policy Center has selected American government and Black politics Ph.D. student Briana D. Hyman for the $10,000 Winslow Sargeant Doctoral Award. This award is the second of its kind made possible by a gift from Winslow Sargeant, Ph.D., a former neighbor of Ronald W. Walters, Ph.D., who wanted to provide financial support to new and continuing doctoral students as they prepare to undertake future research endeavors.

Hyman is a second-year student at Howard University working on her Ph.D. in political science. She is native of the small town of Tarboro, North Carolina. She earned her B.S. in communication from the University of Louisville in 2015 and her MPA from the University of Arkansas in 2018. She worked at the Walters Center as a research assistant for a U.S. Department of Justice grant, focusing on engaging college students in 21st-century law enforcement. Hyman plans to use her concentrations in Black politics and American government to teach and conduct research.

Hyman’s doctoral dissertation focuses on why United States citizens residing in Puerto Rico are not given presidential voting rights and congressional representation. She has been asked to use her research to prepare a paper or an article for the Walters Center on voter representation rights for residents of the District of Columbia since there are similarities in the struggles of the two demographics.

By working on research projects, engaging in community service, and participating in public policy discussions at the Ronald W. Walters Leadership and Public Policy Center, Hyman says the preservation of Ronald Walters’ legacy as both a scholar and an activist, as well as a mentor to students and political leaders alike, is akin to her own aspirations.

She plans to focus on political and policy issues that directly impact both the global and American Black communities. With her work, she fully intends to honor Walters’ legacy by encouraging and uplifting people of color.

“My ultimate career goal is to serve as a role model and adviser for students and community members who are interested in ensuring that African-Americans are better represented in our ’representative’ democracy,” says Hyman. “With the support of this generous award from Dr. Sargeant, I will have the opportunity to be guided and mentored by political powerhouses like Dr. Elsie Scott as I expand my knowledge of Black socio-politics and my network of like-minded scholars.”

Founded in 1867, Howard University is a private, research university that is comprised of 14 schools and colleges. Students pursue more than 140 programs of study leading to undergraduate, graduate and professional degrees. The University operates with a commitment to Excellence in Truth and Service and has produced one Schwarzman Scholar, three Marshall Scholars, four Rhodes Scholars, 12 Truman Scholars, 25 Pickering Fellows and more than 165 Fulbright recipients. Howard also produces more on-campus African-American Ph.D. recipients than any other university in the United States. For more information on Howard University, visit www.howard.edu.

About the Ronald W. Walters Leadership and Public Policy Center

The Ronald W. Walters Leadership and Public Policy Center was established by Howard University to serve as a focal point for research, education and service-related public policy and leadership projects and activities related to the engagement of African Americans in the U.S. political process and in U.S. national and foreign policy. The Center is an interdisciplinary center that is preserving the legacy of Dr. Ronald Walters, a scholar-activist who conducted research, served as a mentor to students and political leaders, provided strategic direction and thinking in the political and civic arenas and was a prolific writer and political commentator.  For more information on the programs of the Ronald Walters Center, visit https://walterscenter.howard.edu/

About the Winslow Sargeant. Doctoral Award

The Winslow Sargeant Doctoral Award is first of its kind and made possible by a gift from Winslow Sargeant, Ph.D., a former neighbor of the late Ronald Walters, Ph.D., who wanted to provide financial support to new and continuing doctoral students as they prepare to undertake future research endeavors. Winslow Sargeant, Ph.D., was an electrical engineer who served in the Obama Administration and is presently the senior advisor for globalization and head of capital markets for Genaesis.