When walking the campus of Howard University, it is common to feel overcome. The iconic buildings, the imposing spaces, the artwork and cultural artifacts – not to mention the many esteemed alumni and luminaries of American history who have inhabited these buildings, walked these spaces and appreciated these artifacts. When we remember the history of the place we occupy, when we take in and absorb the excellence of the physical space around us, we can be inspired to achieve greatness ourselves.

As we strive to write our own chapters and leave our marks upon this institution, it is important to know the history that has taken place inside these very walls.

The building was dedicated to the sixth president of Howard University, Wilbur P. Thirkield, who played a major role in securing federal government funding for the construction of this building. It is the home of the Howard University Department of Physics and Astronomy.

Founders Library is considered a sacred site in the civil rights movement. From 1943-56, the library served as the home of the Howard University School of Law. During this period, HU law professors were frequently solicited for research and advocacy service to address racial inequalities in education, transportation, labor, employment and housing. Consequently, several HU Law School faculty members participated in litigating some of the most seminal cases to affect civil rights change across the nation, including Lucy v. Adams, Sweatt v. Painter, Sipuel v. Board of Regents, Brown v. Board of Education. On January 25, 1947, the entire faculty represented the School of Law as host to an all-day conference on civil rights sponsored by the National Bar Association, the National Lawyers Guild, and the National Legal Committee of the National Association for the Advancement of Colored People (NAACP). In 2012, the library was recognized by the National Trust for Historic Preservation as a “national treasure.”

On Saturday, April 22, 1967, Muhammad Ali appeared on the campus of Howard University and gave a controversial, impromptu speech to students on the steps of Douglass Hall. Ali spoke about racism in America, the teachings of Elijah Muhammad, and the faith of Islam. Six days later, Ali refused induction into the U.S. Army for service in the Vietnam War. Reports vary as to the number of students present; some say the crowd was about 800, and others have claimed at least 2,000 were there. The building was named for former member of the Howard University Board of Trustees, Frederick Douglass.

On March 27, 1999, Deion Sanders, current head football coach at Jackson State University, then in his fourth year as a defensive back with the Dallas Cowboys, hosted the “Gospel Invasion” concert. Sanders gave personal testimony as a Christian, relayed a sermon, and called attendees to the stage for prayer. The gymnasium was dedicated on October 25, 1974 to John H. Burr, who was a professor of physical education and member of HU faculty from 1923-58, serving as head of the Physical Education Department for Men for 11 years.

In December 1939, the first “Worship Through the Arts” series was presented by Dean Howard Thurman of the Rankin Chapel. This program, dubbed “Madonnas in Art with Ave Marias in Music,” was produced through interdepartmental cooperation (art, music, drama and costume design) and featured live reenactments of nativity scene paintings by Italian master artists. In 1943, Rankin Chapel published a calendar, “Twelve Reproductions from the Living Madonnas in Art Series,” to depict Italian artists’ nativity scene paintings reenacted by Howard undergraduate students. 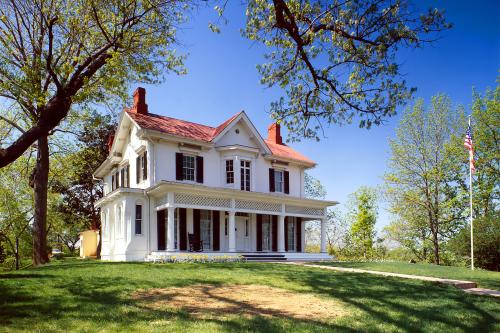 If These Walls Could Talk: A Black History Month Tour of Howard’s Famous Places (Part 1: Residences)