WASHINGTON –Howard University President Wayne A. I. Frederick, M.D., MBA, FACS is among a group of 64 esteemed surgeon educators inducted into membership in the American College of Surgeons (ACS) Academy of Master Surgeon Educators® on September 30, 2022, during a program event in Chicago. This is the fifth cohort of members inducted into this distinguished academy.

Dr. Frederick was inducted as a member of this highly coveted Academy. In addition to serving as the 17th President of Howard University, Dr. Frederick serves as the distinguished Charles R. Drew Professor of Surgery.

Dr. Frederick is a dedicated surgeon educator. A practicing cancer surgeon at Howard University Hospital, Dr. Frederick served in numerous capacities within the University prior to becoming president in 2014. His former roles include provost and chief academic officer, director of the Cancer Center, associate dean in the College of Medicine, division chief in the Department of Surgery, and deputy provost for health sciences. Today, he continues to operate and gives lectures to second-year medical students and surgical residents of Howard’s medical school.

“I am incredibly honored to become a member of the prestigious Academy of Master Surgeon Educators.” said Dr. Frederick. “It brings me great joy to be included in this distinguished group representing the country’s most prestigious surgeons who not only have committed to excellence in their own practice but have also dedicated themselves to mentorship and training the next generation of change makers. I am proud to call myself a member of the Academy.” 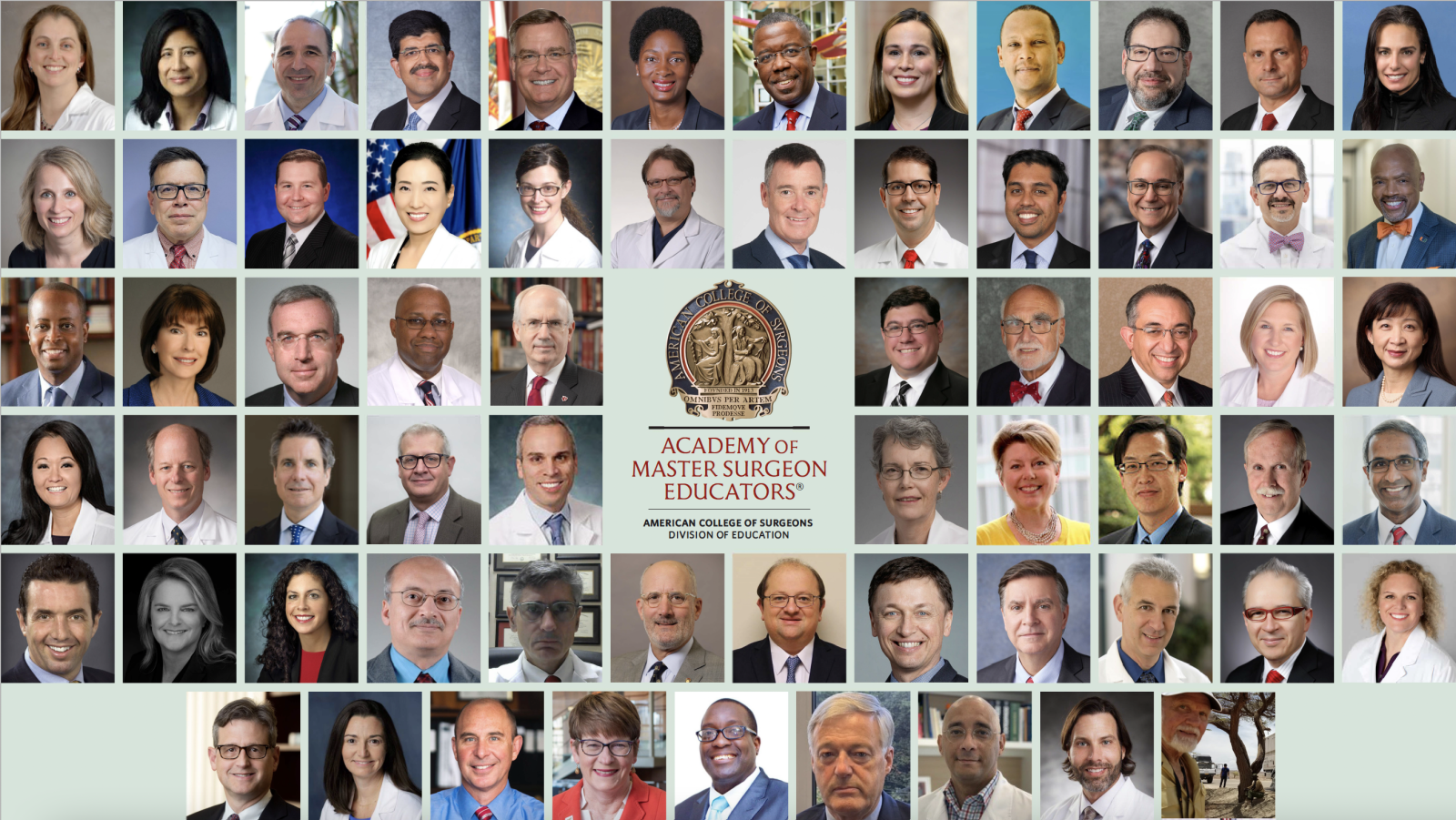 As president of Howard University, Dr. Frederick has advanced Howard University’s commitment to student opportunity, academic innovation, public service and fiscal stability. Under the Howard Forward strategic plan, Dr. Frederick has successfully pursued initiatives to streamline and strengthen University operations and has overseen a series of reform efforts, including the expansion of academic offerings, establishing innovative programs to support student success and the modernization of University facilities. He also devotes his time to writing and speaking on salient topics in higher education including the impact of historically Black colleges and universities, campus intellectual diversity, the underrepresentation of African American men in medical school, and gender equity on college campuses.

Academy members collaborate on and publish significant works of scholarship and participate in fireside chats, Grand Rounds Series, and the academy symposium, an annual conference that brings together academy members to exchange best practices and discuss critical topics in surgical education. Through dynamic programming, members have addressed the impact of the COVID pandemic on surgical training, physician wellness, and disparities in surgical education, among several other initiatives. The academy continues to focus on outreach to surgeon educators from across the globe, with a special emphasis on engaging surgeon educators from low-middle income countries. With this year’s induction ceremony, the academy will include more than 50 international members, representing 24 countries outside of the U.S.

“In addition to the recognition bestowed on highly deserving individuals, the academy is a vital, living body. It is a think tank, an impactful organization that explores and cultivates new innovations and interventions in an effort to establish best practices in surgical education,” said L.D. Britt, M.D., MPH, DSc(Hon), FACS, FCCM, FRCSEng(Hon), FRCSEd(Hon), FWACS(Hon), FRCSI(Hon), FCS(SA)(Hon), FRCS(Glasg)(Hon), MAMSE, past president of the ACS, and co-chair of the steering committee of the academy.

To learn more about the Academy of Master Surgeon Educators, please visit the Academy’s homepage.

About the American College of Surgeons

The American College of Surgeons is a scientific and educational organization of surgeons that was founded in 1913 to raise the standards of surgical practice and improve the quality of care for all surgical patients. The College is dedicated to the ethical and competent practice of surgery. Its achievements have significantly influenced the course of scientific surgery in America and have established it as an influential advocate for all surgical patients. The College has more than 84,000 members and is the largest organization of surgeons in the world. For more information, visit www.facs.org.