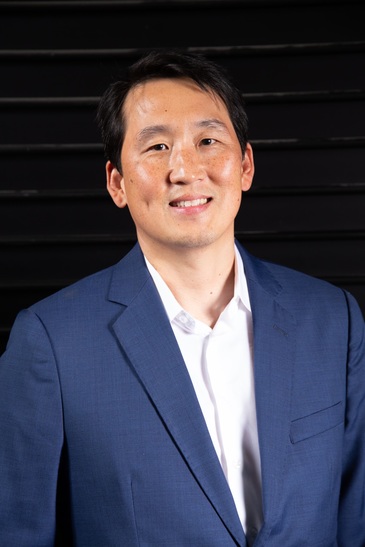 WASHINGTON – Howard University President Wayne A. I. Frederick proudly announces impact investor, CEO and educator James Rhee as the new John H. Johnson Endowed Chair of Entrepreneurship, effective July 1, 2021. During his three-year appointment, Rhee will teach a University-wide course titled, “Impact Investing, ESG and Life,” which will be supplemented with a speaker series featuring leaders from the most innovative global companies.

“We are delighted to have Mr. James Rhee share his array of knowledge on best investment practices, leadership and building brands with the students of Howard University. After hearing his passionate keynote for our Women in Business Digital Summit last summer, we knew that we had to have him back to share his expertise,” says President Frederick. “In addition to his course, I’m excited that the entire campus community will have an opportunity to hear from Mr. Rhee’s network of business colleagues during the entrepreneurship series. The information shared will truly motivate our students to dream and think big. Mr. Rhee will also serve as a senior adviser to the new Center for Women, Gender and Global Leadership, utilizing the skills he garnered as the former CEO of Ashley Stewart.”

Rhee is the third person to serve in this prestigious role, following Melissa Bradley, founder, 1863 Ventures and Monique Greenwood, president and CEO of Akwaaba Bed & Breakfast Inns and former editor-in chief of Essence magazine. Housed in the Cathy Hughes School of Communications, the John H. Johnson Endowed Chair for Entrepreneurship was established by Linda Johnson Rice in memory of her father John H. Johnson of the Johnson Publishing Company in 2013.

The goal of the position is “to strengthen a culture of entrepreneurial activity across the University among students, faculty, staff, alumni and community business owners.” Rhee is a thought leader on impact/ESG investing, multidimensional transformation and principled leadership. In his class, portions of which he has taught at MIT Sloan School of Management and Duke Law School, students will learn practical valuation tools, contract structuring rules, investment portfolio construction and deal-making skills while also debating fundamental assumptions regarding fairness, freedom and equality of opportunity by tracing the life of a business enterprise from formation to sale.

“Howard University is one of our country’s most important institutions,” says Rhee. “To be able to contribute both to its growing legacy and future influence at this historically significant moment of our collective humanity is an honor and responsibility that I do not take lightly, especially as the son of Korean-American immigrants. I look forward to engaging with the students, faculty and broader Howard Community as we collectively explore ways in which capitalism and technology can shape a better society for all. Through my role as both Johnson Chair of Entrepreneurship and senior adviser to the new Center for Women, Gender and Global Leadership, I hope to do my part in further expanding Howard’s already impressive network of relationships in the business and investment communities.”

“We are pleased that James Rhee will be joining us as the next Johnson Entrepreneurship Chair, says Dean Gracie Lawson-Borders. “He will bring the depth and breadth of his entrepreneurial and business acumen to the position, and we look forward to him sharing a wealth of knowledge and practical experience with students and the entire University community.”

James Rhee is an impact investor, founder, CEO and educator who empowers people, brands and organizations to fulfill their true potential by marrying capital with purpose and truth across multiple systems. The acclaimed story of the remarkable transformation and reimagination of Ashley Stewart, one of the country’s largest brands serving Black women, under his leadership as chairman, CEO and investor (2013-2020) has served as proof to millions of people, as well as the world’s leading businesses and organizations, that one can do better by being better. The reinvention of Ashley Stewart, which was facing almost certain liquidation in 2013, is proof of how trust and joy, grounded in math and amplified through digital excellence, can overcome impossible odds and fuel individual and enterprise-wide innovation. It is a tangible example of the power of diverse ecosystems, as well as a commentary on a potential way forward for achieving multistakeholder goals. At its core, it is also the story of an unlikely friendship between a son of Korean immigrants (who raised his hand to become the self-described “least qualified CEO”) and a predominantly Black female employee group who placed their mutual trust in each other, learned from one another, and then proceeded to quietly shock the world.

As a client of United Talent Agencies, he is a frequent speaker on impact and ESG investing, multidimensional transformation, DEI operationalization through Kindness & Math™, principled leadership and the future co-existence of capitalism, humanism and technology. As a senior leader of two Boston-based private equity firms, Rhee helped manage billions of dollars of growth and distressed capital before ultimately founding FirePine Group, a platform that has stewarded the capital of some of the world’s most sophisticated investors.

Rhee is at the vanguard of making knowledge, opportunity and capital accessible to all. He holds appointments at both MIT Sloan School of Management and Duke Law School as a senior lecturer, where he teaches future leaders about organizational systems and deconstructed investment principles relating to money, life and joy. In March 2021, Howard University announced that James would serve a three-year term as the Johnson Chair of Entrepreneurship as well as senior adviser to the newly endowed Center for Women, Gender and Global Leadership, beginning with the 2021-22 academic year. Rhee is exploring the intersection of impact investing, ESG and financial literacy through a new venture called Red Helicopter.

Rhee connects seemingly disparate leaders and organizations that are unified in their goal to make investments and forge relationships that catalyze purposeful growth. He serves alongside global difference makers as an Advisory Council member of JPMorgan Chase’s Advancing Black Pathways, a member of the Governing Committee of the CEO Action for Racial Equity and a Board Director of Conscious Capitalism. He is also a former member of the board of the National Retail Federation, where he served as chairman of the Innovation Advisory Committee.

Rhee is a regional winner of the E&Y Entrepreneur of the Year Award, the winner of one of five 2016 Power Player Awards granted by the National Retail Federation, and the recipient of the 2017 Black Retail Action Group Business Achievement Award, the 2018 Temple Fox School of Business Information Technology Innovator Award, the 2018 Essex County Urban League Centennial William M. Ashby Award for community building and a 2019 One To World Fulbright Award.