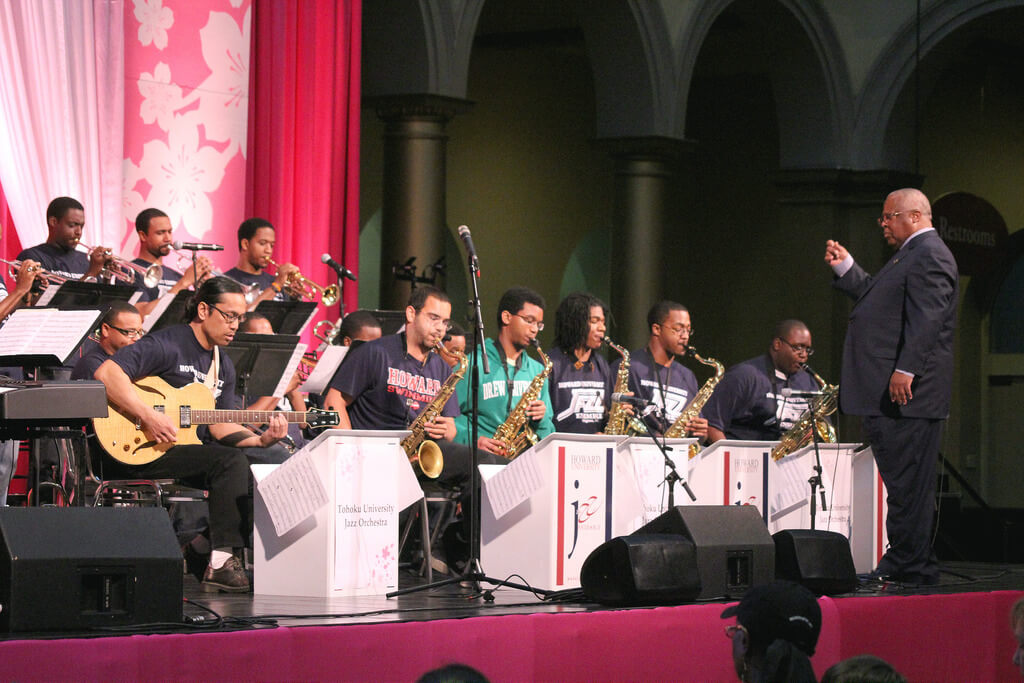 WASHINGTON (October 10, 2018) – The Howard University Jazz Ensemble (HUJE) is set to perform at the Kennedy Center on Thursday, Oct. 18 at 6 p.m. as part of its annual Fall Concert Series. The free concert will be streamed live at http://www.kennedy-center.org/video/live. Seating is first come, first served.

The ensemble will be featured at the Kennedy Center’s Millennium Stage, alongside guest soloist, Tia Fuller, a saxophonist an professor of music at the Berklee College of Music. Fuller will join HUJE to perform several classic American jazz selections for the second of two performances that compose the concert series.

Additionally, the ensemble and Fuller will perform earlier in the day at 12:40 p.m. at Howard’s Blackburn Art Gallery, which will be streamed live on the Department of Music’s Facebook page.

Irby, who founded HUJE in 1975, has been a member of the Department of Music since 1974. He also serves as Principal Trumpet of the Kennedy Center Opera House Musical Theater Orchestra. For more information on the Howard University Jazz Ensemble, visit http://music.coas.howard.edu/huje/.

The Howard University Jazz Ensemble (HUJE) was founded in 1975 by its director, Fred Irby, III. Outstanding performances in the United States, Europe, South and Central America, China, Japan, Africa and the Caribbean have caused it to be recognized as one of the foremost university jazz ensembles in the world.  HUJE has been heard on radio and television as well as in concert, often appearing with celebrated artists. Members of the HUJE have won awards as performers, composers/arrangers and the ensemble includes among its alumni many celebrated jazz artists. Additionally, the HUJE was featured during the 1992, 1996 and 2005 Kennedy Center Honors Gala (CBS-TV). The HUJE has released 43 recordings in a distinguished series that began in 1976. To learn more about HUJE, please visit our web site at www.huje.org.