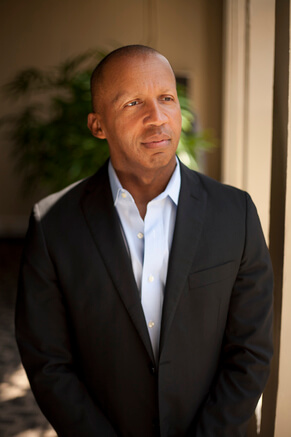 WASHINGTON – Howard University President Wayne A. I. Frederick, M.D., MBA is pleased to announce that Bryan Stevenson, social justice activist and founder and executive director of the Equal Justice Initiative (EJI), will deliver the keynote address during Howard University’s 153rd Commencement Ceremony on Saturday, May 8, 2021.  Due to the pandemic and safety requirements, Stevenson will address the members of the Class of 2020 and Class of 2021 in a modified ceremony for graduates only. Howard University will award Stevenson an honorary doctorate of humane letters.

“Howard University’s motto is truth and service because we train our students to stand up for what is right and to live a life of service to our community and those in need. Given the national outcry for social justice that has permeated the country recently, I could think of no more fitting a speaker than Bryan Stevenson to come deliver a message of hope for our graduates. He has dedicated his life to help those wrongfully convicted in the criminal justice system and his commitment and passion for public services is inspirational and necessary.” said President Frederick.

Stevenson is the author of the critically acclaimed New York Times bestseller, Just Mercy, which chronicles one of Stevenson’s first EJI clients, Walter McMillian, a “young Black man who was sentenced to die for the murder of a young white woman that he didn’t commit. The case exemplifies how the death penalty in America is a direct descendant of lynching — a system that treats the rich and guilty better than the poor and innocent.” The book was named by Time Magazine as one of the 10 Best Books of Nonfiction for 2014 and has been awarded several honors, including the American Library Association’s Carnegie Medal for best nonfiction book of 2015 and a 2015 NAACP Image Award. Just Mercy was adapted into a major motion picture in 2019 starring Michael B. Jordan as Stevenson and Jamie Foxx as McMillian.

“I'm honored to join the graduates of Howard University's classes of 2020 and 2021 for commencement,” said Stevenson. “This is a challenging time across the globe but Howard graduates have finished degree programs and set out to advance the cause of justice since the institution's founding.  I'm thrilled to become a part of this community by sharing at this year's graduation.”

Stevenson has argued and won multiple cases at the United States Supreme Court, including a 2019 ruling protecting condemned prisoners who suffer from dementia and a landmark 2012 ruling that banned mandatory life-imprisonment-without-parole sentences for all children 17 or younger. Stevenson and his staff have won reversals, relief, or release from prison for over 135 wrongly condemned prisoners on death row and won relief for hundreds of others wrongly convicted or unfairly sentenced.

Stevenson has initiated major new anti-poverty and anti-discrimination efforts that challenge inequality in America. He led the creation of two highly acclaimed cultural sites which opened in 2018: the Legacy Museum and the National Memorial for Peace and Justice. These new national landmark institutions chronicle the legacy of slavery, lynching, and racial segregation, and the connection to mass incarceration and contemporary issues of racial bias. Mr. Stevenson is also a professor of law at the New York University School of Law. He is a graduate of the Harvard Law School and the Harvard School of Government.