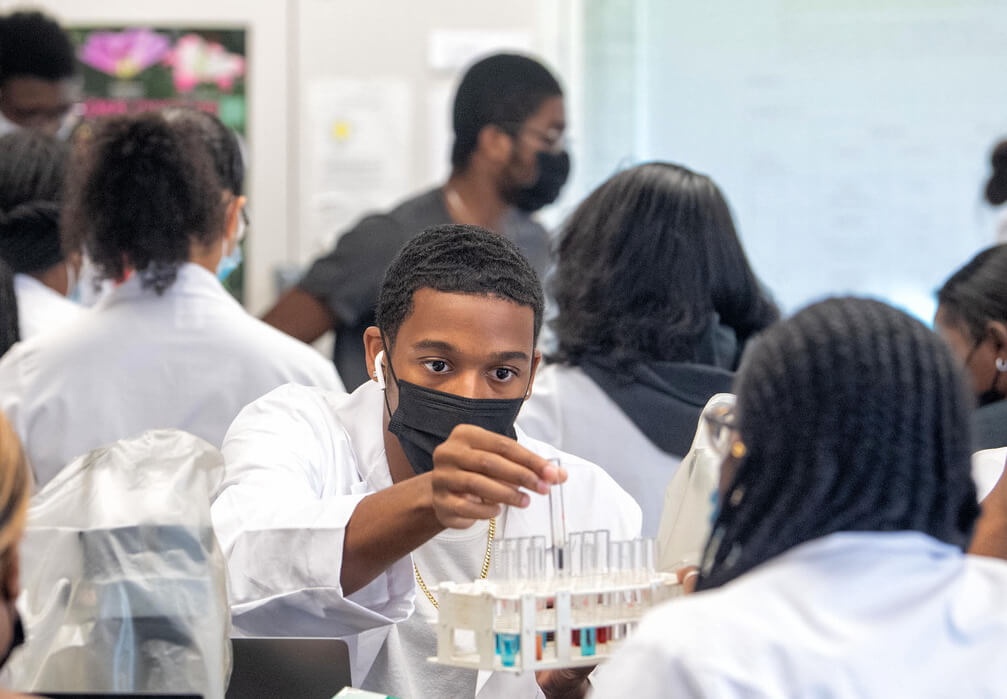 WASHINGTON – Howard University today announced a $1 million gift from the healthcare company Abbott (NYSE: ABT) to establish a new scholarship fund for medical students interested in careers in clinical research. The Howard gift is part of a larger initiative by the company to drive diversity efforts in medical research.

Under the larger initiative, Abbott is dedicating $5 million for new scholarships at medical schools at HBCUs and minority nursing associations over the next five years. At Howard University, the gift will cover eight $25,000 scholarships, between 2022 and 2026. Abbott said the initiative is focused on reducing barriers to access and building on the company’s focus over the last several years of enhancing diversity within its own clinical trials.

“We’ve known for some time that the most critical health disparities in our communities are related to the lack of diversity and representation in clinical trials,” said Hugh E. Mighty, M.D., dean of the College of Medicine and senior vice president for health affairs for Howard University. “Thanks to the generous gift from Abbott, we are positioning Howard to train the next generation of minority physicians to become clinical trial leaders, greatly improving the effectiveness of health care, therapies and medicines for communities of color.”

People from communities of color make up more than a quarter of the U.S. population but they comprise less than 5% of clinical trial enrollments, even though they are disproportionately impacted by chronic conditions like cardiovascular disease and diabetes. The clinical trial enrollment gap compounds existing health equity challenges and limits options for patients battling complex health conditions.

“The best health care product is a product that helps the most people, providing the greatest benefit. As an industry, we need to set new standards to make sure that our clinical trials remain representative of the people our products are designed to help,” said Robert B. Ford, president and chief executive officer, Abbott, at the time of the company’s initial announcement. “We want to continue to break down both existing and emerging barriers to participation in clinical trials so we can help more people have greater access to therapies that have the potential to change lives.”

Improving representation from diverse populations in clinical trials is paramount to reducing health disparities and better understanding the impact of the next generation of health care therapies across all populations. Abbott said it also planned to convene patient advocates, industry experts, trialists and a diverse set of physician thought leaders to develop and publish an open-source perspective to highlight key learnings around increasing clinical trial diversity across the health tech industry.