WASHINGTON – With the college football season less than two months away, the Howard University football program will get a chance to showcase its talent to a national audience when it takes on Alabama State Saturday, August 27 in the Annual Cricket Wireless MEAC/SWAC Challenge. The game will be televised live on ESPN and will kick off at 7 p.m. at Center Parc Stadium in Atlanta. It will mark the official start of the 2022 college football season.

“This game features two historic programs,” said John Grant, executive director of the MEAC/SWAC Challenge and the Celebration Bowl. “This year will be special. This marks the first time in its 18-year history that the Howard Bison will have participated in the Cricket Wireless MEAC/SWAC Challenge Kickoff. With an exciting matchup between these two historic teams, the game will be televised in primetime on ESPN. Fans are in for a treat.” 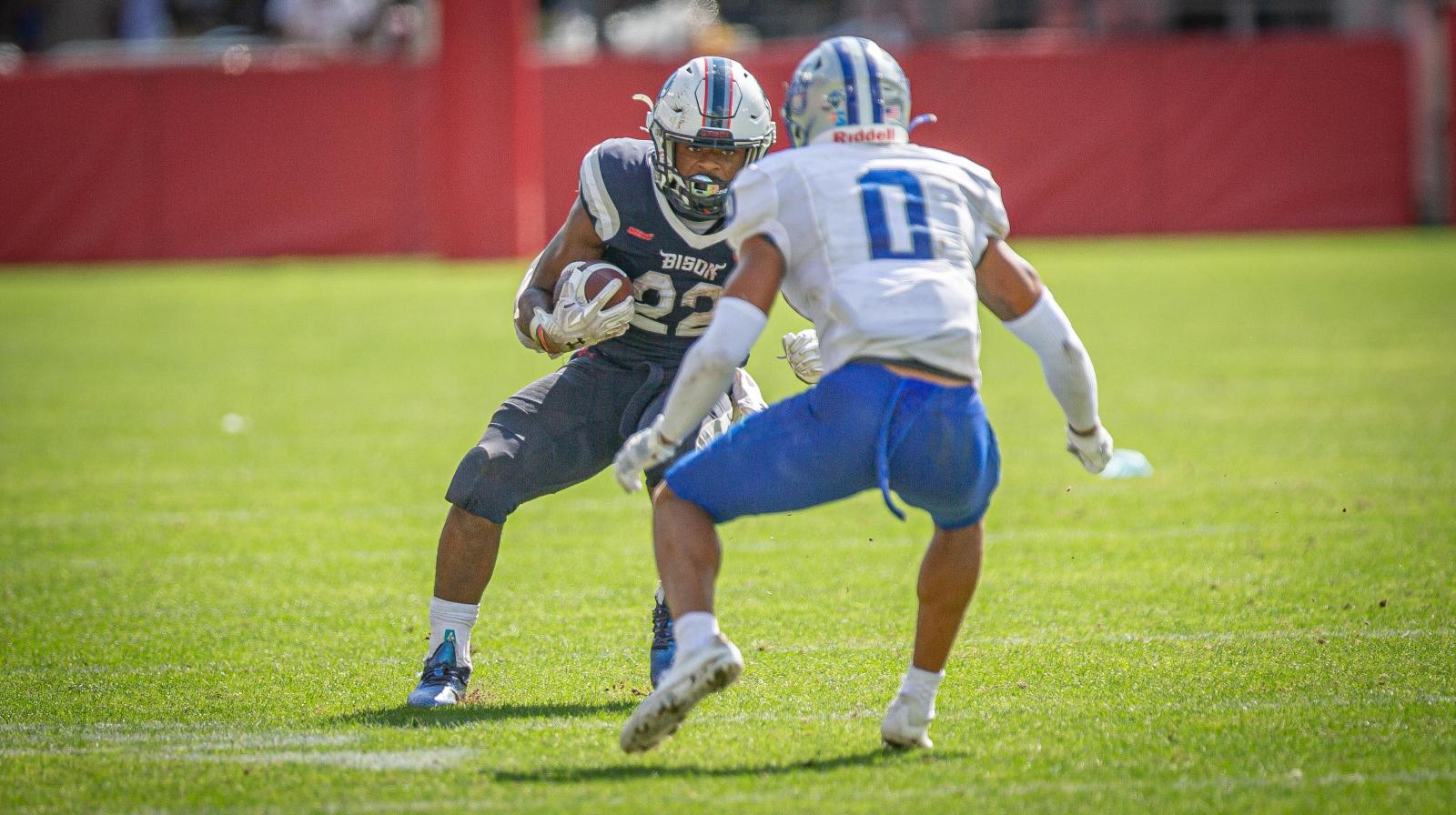 “It’s exciting,” said Howard Football head coach Larry Scott, in his third season at the helm. “It’s surprising that our program has never played in this game, being one of the staple teams in the conference. It’s a time of firsts, and sometimes history starts in being the first. We want to start strong this year, and this is a great way to get it started.”

HU should have plenty of support from its alumni following, which is large in the Atlanta area.

“The Howard alumni in Atlanta are anticipating the football team’s first appearance in Civil Rights Mecca in more than a decade,” said D. Orlando Ledbetter, the Atlanta Journal- Constitution’s NFL/Atlanta Falcons beat writer and Howard alum on the 1984 men’s soccer team. “The MEAC/SWAC Challenge will be great way to kick off the college football season while seeing alumni and friends support Coach Scott and the football program. A festive time for all as the Bison will trample the Hornets of Alabama State.”

Ledbetter, a former award-winning editor-in-chief of The Hilltop, has been an active member of the Howard University Alumni Club of Atlanta.

While an undergrad at The Hilltop, Adrianne Williams, native of Atlanta, served as student assistant in the sports information office and as an intern for both the MEAC/SWAC Challenge and the Celebration Bowl.

“Growing up, I have always enjoyed HBCU football games, homecoming in the Atlanta University Center (AUC) or other sporting events that helped elevate my own HBCU pride,” Williams expressed. “Until games like the MEAC/SWAC Challenge or other national showcases, we haven’t been able to see our talent on the big stage at our schools. I didn’t realize how much this representation was missing in the sports world as a child, but now, I see why it is so needed and perfectly placed in a wonderful city like Atlanta. Young athletes can aspire to be on the field of games they watched growing up at the Mercedes-Benz Stadium and young professionals have more opportunities to work around the game they love. The MEAC/SWAC Challenge is a great beginning for the future. I am especially excited as my Alma Mater will be there for the first time.”

As a bonus, HU and MEAC (Mid-Eastern Athletic Conference) Hall of Famer Jay “Sky” Walker will be the color analyst for the broadcast. Walker has become the voice of HBCU football for ESPN and has done several Howard games, but never on the ESPN platform.

“It’s a phenomenal showcase for HBCUs,” Walker stated, who owns the distinction of leading the Bison to a historic, undefeated 11-0 season in 1993. “There will be a live national audience and a chance to showcase the talents of these student-athletes. It is highly competitive between the two conferences and [a] chance to find out who is better.”

“The only thing I’m going to promise you today is showtime for a band that’s primarily 80 percent female,” Washington predicted. “Alabama State, I love you guys, but my ladies can play.”

The bands will perform at halftime and then compete in the Battle of the Bands following the game.

The Bison, who finished 3-8 (1-4 MEAC) in 2021, return several key players to go along with some outstanding recruits.

For more information, visit the Bison Athletics website at www.HUBison.com.