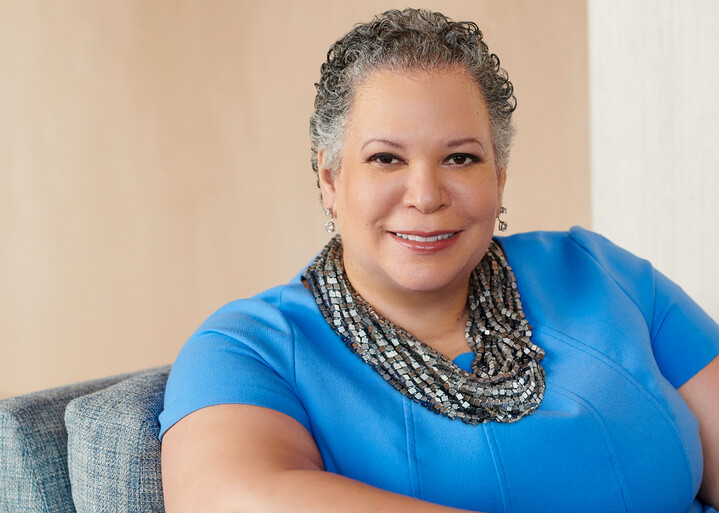 WASHINGTON – The Howard University community extends congratulations to Department of Architecture Chair Hazel Ruth Edwards, Ph.D., FAICP, on her appointment to the U.S. Commission of Fine Arts (CFA) by President Joseph R. Biden. The CFA was established by Congress in 1910 as a permanent body to advise the federal government on matters pertaining to the arts and national symbols and to guide the architectural development of Washington, D.C. The seven-member body is appointed by the president to serve four-year terms; new appointees are not subject to Senate review.

“I would like to congratulate Dr. Hazel Edwards on this much deserved honor to serve on the U.S. Commission of Fine Arts,” said President Wayne A. I. Frederick, M.D., MBA. “This appointment is not only a recognition of the critical perspective that she has brought to the field of architecture, but it is a testament to the impact she will undoubtedly have from this influential position. By joining the commission, she furthers a strong legacy of Howard alumni who have served in this capacity and brought forward critical social change in the arts and architecture.”

“I am so honored to be chosen for this important role, and I am proud to be one of the three Howard architecture alumni to serve in this capacity,” said Edwards. “I am looking forward to lending my voice to the review of projects that come before the CFA. My design background and experiences provide a particular lens through which to evaluate the myriad scales of projects we will review.  I am very excited to work with the other members of the commission and look forward to learning from them over the next four years.”

Since her days as a student at Howard University, Edwards has been a strong advocate for increasing diverse voices impacting design and planning outcomes. The extensive work she has accomplished throughout her career only displays her passion for enhancing community engaged architecture in a way that serves the public.

Edwards was the first Black student to be accepted into the Ph.D. in regional planning program at the University of Illinois at Urbana-Champaign and the first Carolina Minority Postdoctoral Scholar in the Department of Urban and Regional Planning at the University of North Carolina at Chapel Hill. After completing her Ph.D. and postdoctoral programs, she accepted an offer from Howard University to conduct research on the historical physical development of the Howard University campus, her first of many substantial projects at her Alma Mater. This first project resulted in her co-authoring the book, “The Long Walk: The Placemaking Legacy of Howard University” (Moorland-Spingarn Research Center, 1996). Edwards has served in various capacities throughout her career, including as the founding director for the master of city and regional planning program at The Catholic University of America and later for the bachelor of city and regional studies program.

As the first female architecture chair at Howard University, Edwards has been involved in many projects, such as her current research for one of two space technology research institutes selected by NASA in 2019. She currently serves on the Steering Committee for the project as well as the American Institute of Certified Planners Committee of Fellows and recently began her three-year term on the Harvard University Graduate School of Design Alumni Council. She is a certified planner with the American Institute of Certified Planners (AICP) and was elected to their College of Fellows (FAICP) in 2018.

Her invitations as a guest lecturer, panelist and juror remain consistent. In 2019, Edwards served as chair of the Montgomery County Planning Department 2019 Design Excellence Award Jury. The purpose of the award is to honor projects that reflect the best and most exceptional urban design, architecture and landscape architecture that support greater quality of life, economic opportunity and environmental sustainability.

A long-time D.C. resident, Edwards brings a diverse and multifaceted perspective to the commission. She and fellow appointee architect Billie Tsien will join an illustrious group of women who have served since the first woman was appointed in 1955, comprising less than a quarter of all members. Together with their male counterparts, Peter Cook and Justin Garrett Moore, they are the most diverse set of new CFA appointments.

“I never imagined that my design journey would include such an opportunity for service.  I am grateful for the preparation that Howard University has provided me,” Edwards said. “There are so many people who have helped me along the way, from family, professors and mentors to classmates and colleagues. I’d like to thank each person who lifted me up and inspired me to keep going to reach this moment.”