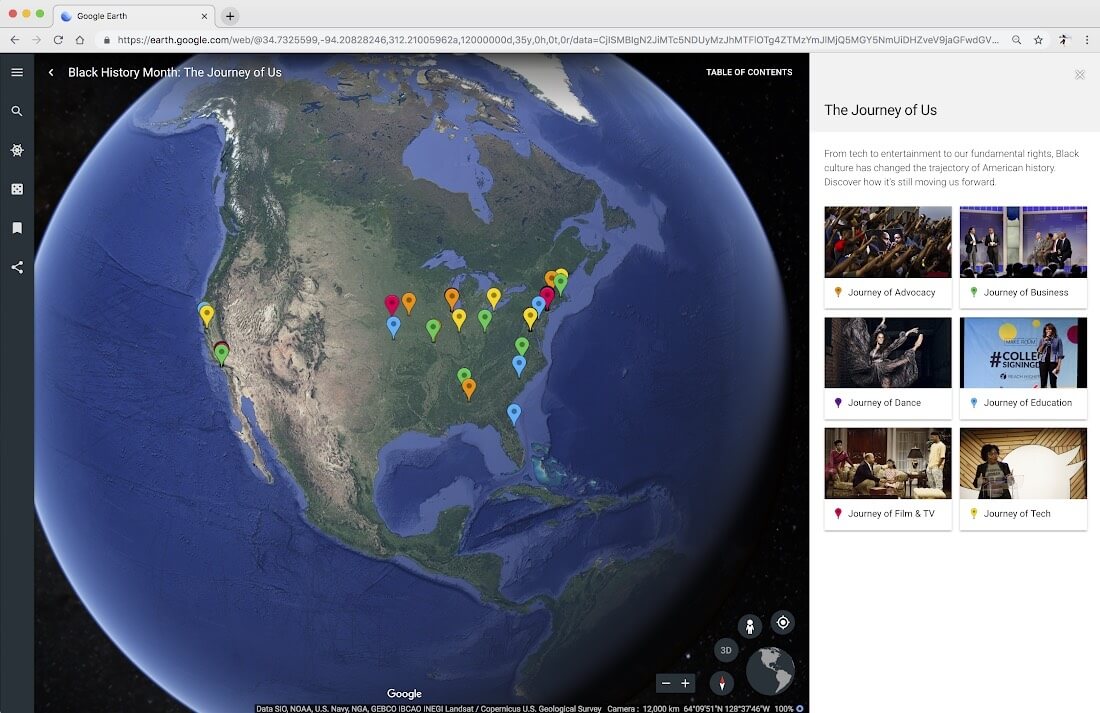 Here at Howard, The Moorland-Spingarn team worked with Google to research and develop data points highlighting the efforts of African Americans seeking a traditional education. Through a lengthy selection process, the team settled on eight points that are undoubtedly significant to African Americans’ generations-long quest for quality education. An example of one of the eight points chosen for the project is the Rosenwald Schools. Spearheaded by Booker T. Washington, of the Tuskegee Institute (now Tuskegee University) and Julius Rosenwald, president of Sears Roebuck, the Rosenwald Schools were state-of-the art structures built for African American children across the south during the early 20thcentury. According to the National Trust for Historic Preservation, attending a Rosenwald School put a student at the vanguard of education for southern African American children, going on to acknowledge the architecture of the schools as a tangible statement of equality among all children.

“The Rosenwald Schools are extremely important because it brought quality school buildings to black neighborhoods. Prior to this, if they even had a school, many black children studied in what can nicely be described as dilapidated shacks,” explains Lopez Matthews, Ph.D., digital production librarian and history subject specialist with Howard University Libraries and The Moorland-Spingarn Research Center.“The Rosenwald program brought standards to the construction of schools for black children.”

In an announcement blog post, written by Marian Croak, vice president of Engineering at Google, the Journey of Us dives into six different cultural themes, including education, business, technology, advocacy, dance and television/film. Croak describes the collection as the stories including generations or people who pushed boundaries and resisted limiting ideologies, while paving the way for the next generation.

Journey of Us: A Voyage Through Black History is now available to view via Google Earth.