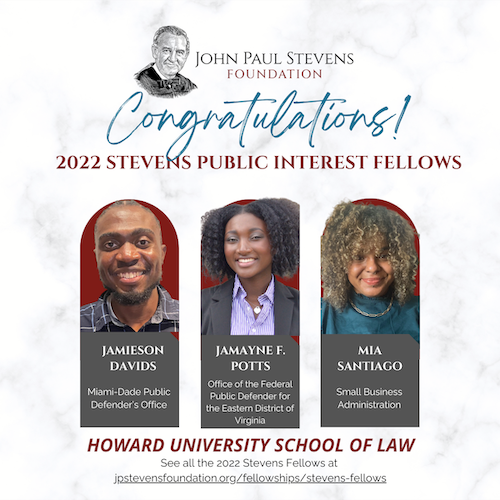 The fellowship, funded in part by the John Paul Stevens Foundation and named for the former Supreme Court justice, is dedicated to promoting public interest and social justice values in the next generation of American lawyers. It provides grants allowing current law students to participate in unpaid Summer internships, reflecting Stevens’ deep belief that a dynamic and effective justice system depends on a cadre of trained and committed lawyers doing public interest work. Since 1997, the fellowship has supported 630 law students at 30 schools across the U.S. 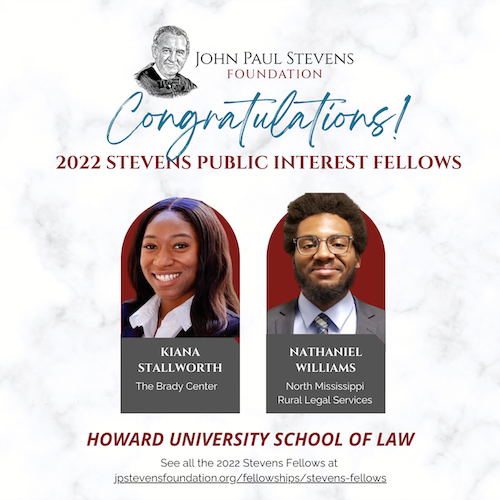 “I am extremely happy to have been selected as the first Justice John Paul Stevens Fellow at the Brady Center. As a fellow, I am a litigation intern working with the Brady Legal Department on a variety of topics dealing with ending gun violence across the country,” Stallworth said. “I will be working with the legal staff with assistance with case organization, research and drafting a variety of legal documents. This summer, I look forward to working with Brady, learning more about how to use the legal system as a means of fighting a problem that has left so many individuals hurt and the work that Justice Stevens has spent his career fighting for.”

Justice Stevens was nominated to the Supreme Court by President Gerald Ford in 1975. Originally seen as a moderate on many issues, he consistently proved to be an independent thinker during his tenure. When he retired in 2010, he was the third longest-serving justice on the Supreme Court. He remained involved in the mission and work of his foundation until his death in 2019.