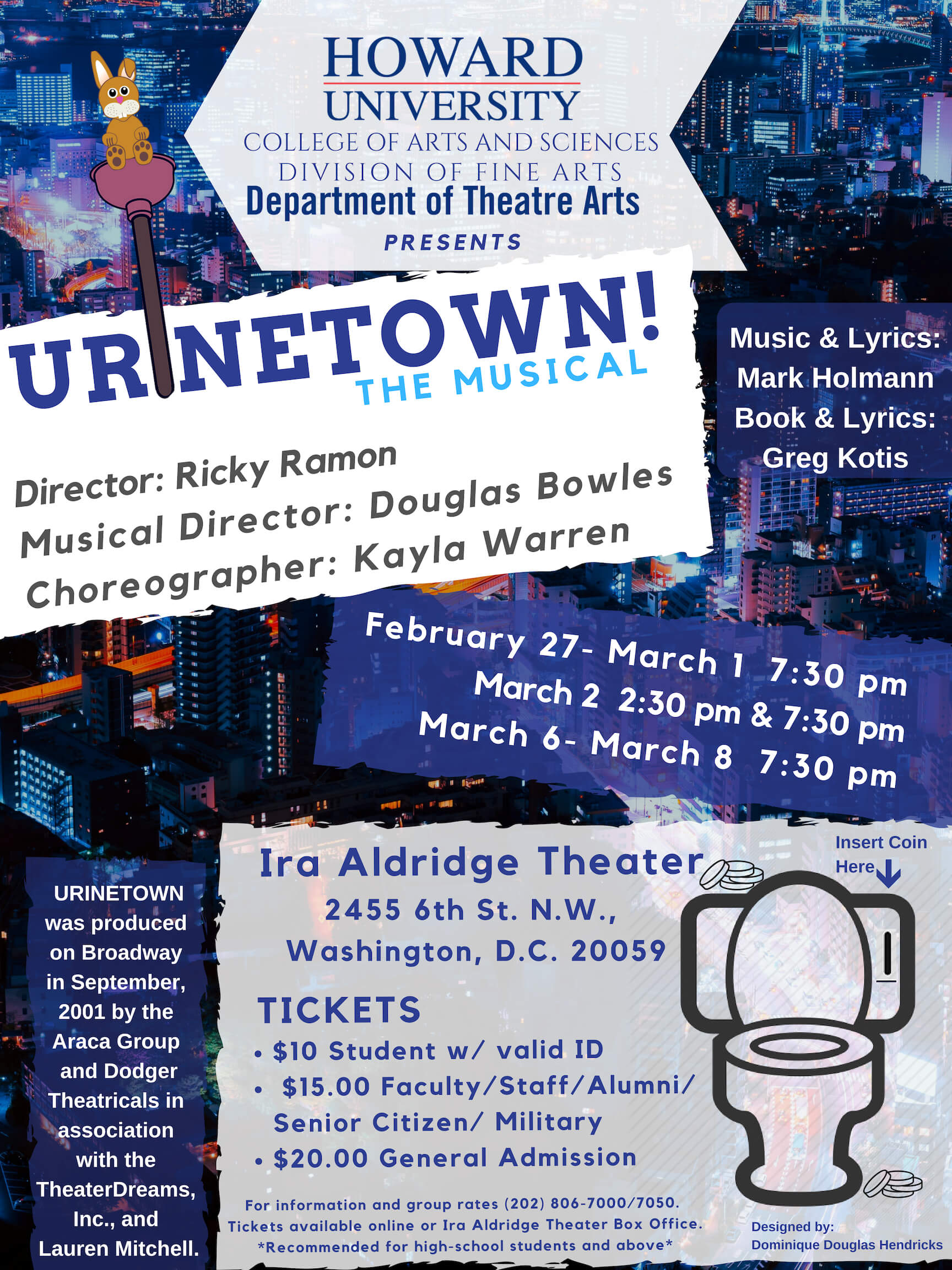 The Department of Theatre’s rendition of Urinetown, a musical satire that pokes fun at legal, social and corporate system, is the first to incorporate an all-African American cast. The production first premiered in 2001 and addresses such themes as greed, oppression, rebellion and the power of love.

“This is an exciting time for our musical theatre program because our students are learning what it takes to make it in the professional world of theatre,” Ricky Ramón, Lecturer of Theatre within the Department of Theatre Arts.

Director Ricky Ramon stages this musical full of banter and mockery. Musical Direction by Douglas Bowles is sure to leave you breathless, while choreography by Kayla Warren will be both amusing and entertaining. The design team consists of, Michael Stepowany, set design, Benny Gomes, lighting, Andrea Washington-Brown costume designer, GV Love, props designer, and Kornerstone Productions, led by Del Sterling, will handle all elements of sound.

The following showings of Urinetownare scheduled for February 27 – March 8:

Groups: Discount rates are available for Groups of 10 or more, contact Dominique Douglas Hendricks at 202/806-7050

About the Department of Theatre Arts