WASHINGTON – Howard University is pleased to welcome leading U.S. Congressman James E. Clyburn, the third-ranking Democrat in the U.S. House of Representatives and a passionate supporter of the nation’s HBCUs, as orator for its 155th Opening Convocation on Friday, September 16.

Opening Convocation is a time-honored tradition that officially signals the beginning of the academic year. The ceremony will also feature remarks from President Wayne A. I. Frederick and alumnus and chair of the Howard University Board of Trustees, Larry C. Morse, Ph.D.  The event will take place at 11 a.m. in Cramton Auditorium. 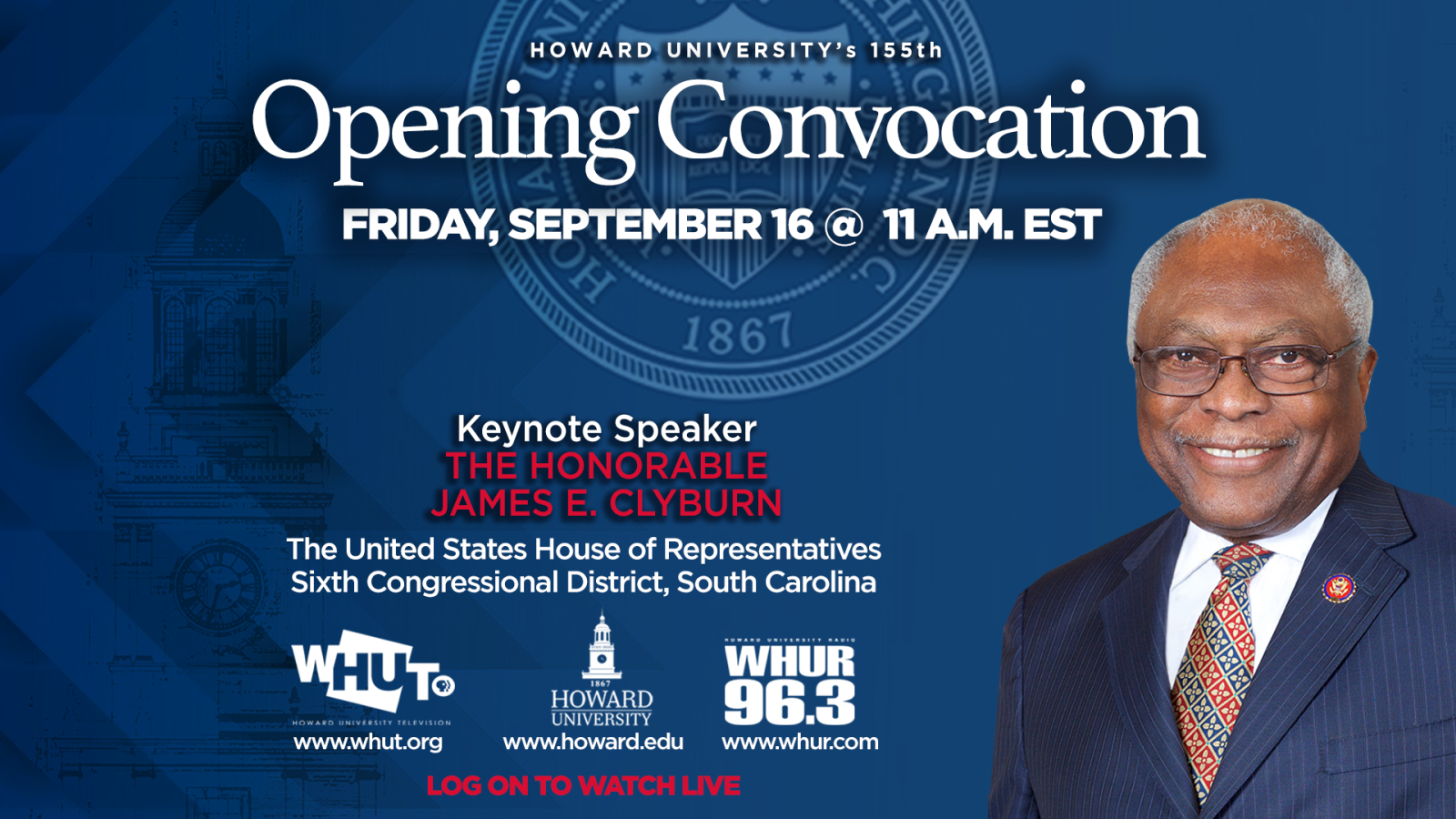 Congressman Clyburn is the Majority Whip in the United States House of Representatives. He previously served in the post from 2007-2011 and served as assistant Democratic leader from 2011-2019.

Congressman Clyburn’s humble beginnings in Sumter, South Carolina as the eldest son of an activist, fundamentalist minister and an independent, civic-minded beautician grounded him securely in family, faith and public service. His memoir, “Blessed Experiences: Genuinely Southern, Proudly Black,” was published in 2015, and has been described ‎as a primer that should be read by students pursuing careers in public service.

When he came to Congress in 1993 to represent South Carolina’s 6th Congressional District, Congressman Clyburn was elected co-president of his freshman class and quickly rose through leadership ranks. He was subsequently elected chairman of the Congressional Black Caucus as well as vice chair, and later chair, of the House Democratic Caucus.

Congressman Clyburn is a passionate supporter of historic preservation and restoration programs. His efforts have restored scores of historic buildings and sites on the campuses of historically Black colleges and universities. His legislation created the South Carolina National Heritage Corridor and the Gullah/Geechee Cultural Heritage Corridor, elevated the Congaree National Monument to a National Park, and established the Reconstruction Era National Monument in South Carolina’s Lowcountry.

During the ceremony, the livestream links for public viewing on WHUT will be as follows: