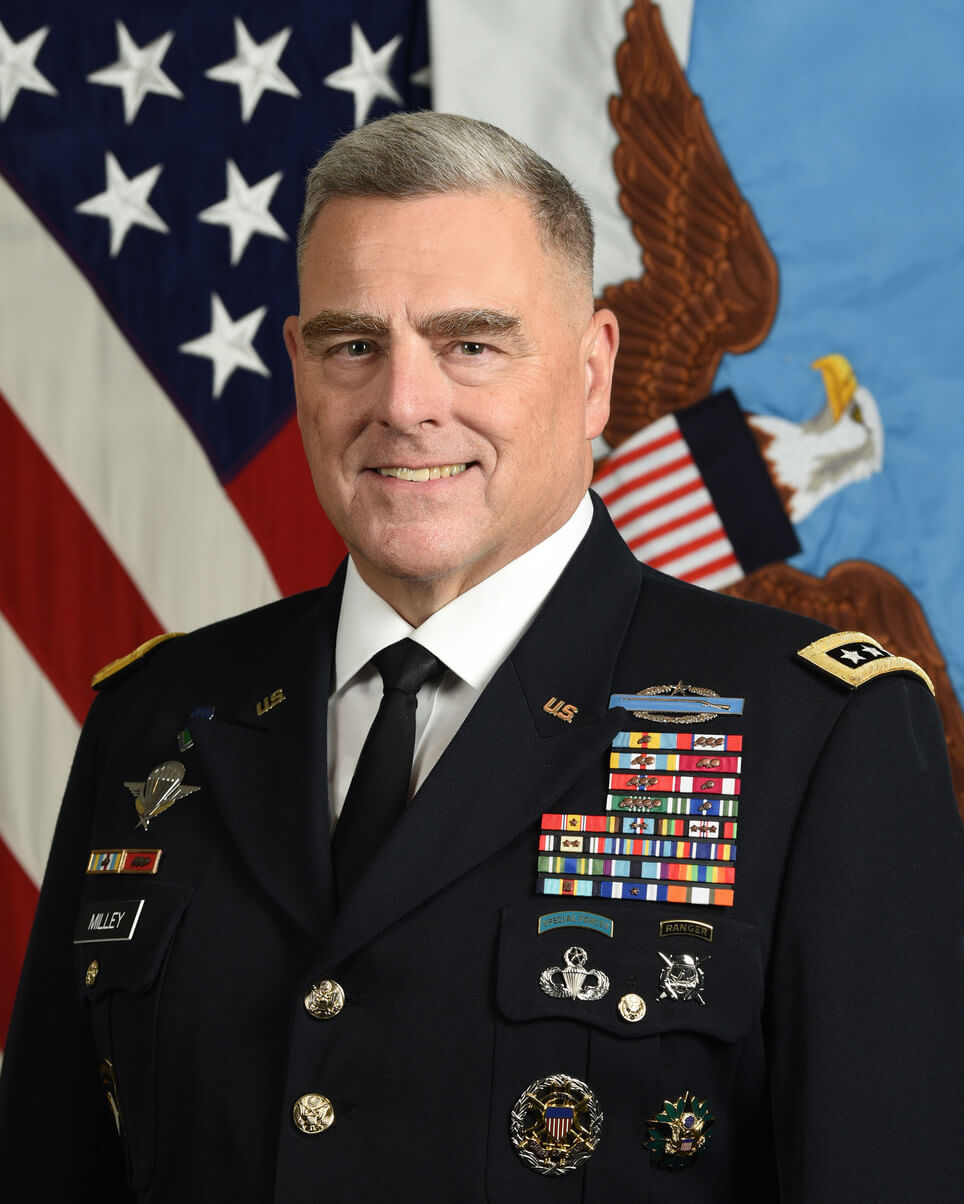 WASHINGTON – Howard University is pleased to announce that Chairman of the Joint Chiefs of Staff, General Mark A. Milley, will serve as the keynote speaker for the ROTC Joint Commissioning Address on Wednesday, May 5th at 9 a.m. EDT. Due to the pandemic and safety requirements, he will address the graduates in a private ceremony. The event will be livestreamed for family, friends and the viewing public. To view please click here.

“It is a great honor to host the Chairman of the Joint Chiefs of Staff for the first time at Howard University,” said President Wayne A. I. Frederick. “With his years of dedicated service to our country, General Milley will share a message of inspiration that our cadets will cherish fondly among the milestone moments of their time on campus. The students who participate in our Army and Air Force ROTC programs have dedicated their lives in service to our country. We salute them on reaching this incredible achievement and we thank them for their service.”

General Milley is the 20th Chairman of the Joint Chiefs of Staff, the nation’s highest-ranking military officer, and the principal military advisor to the President, Secretary of Defense, and National Security Council. Prior to becoming chairman on October 1, 2019, General Milley served as the 39th Chief of Staff of the U.S. Army.

A native of Massachusetts, General Milley graduated from Princeton University in 1980, where he received his commission from Army ROTC.

In addition to his bachelor’s degree in political science from Princeton University, General Milley has a master’s degree in international relations from Columbia University and one from the U.S. Naval War College in national security and strategic studies. He is also a graduate of the MIT Seminar XXI National Security Studies Program.