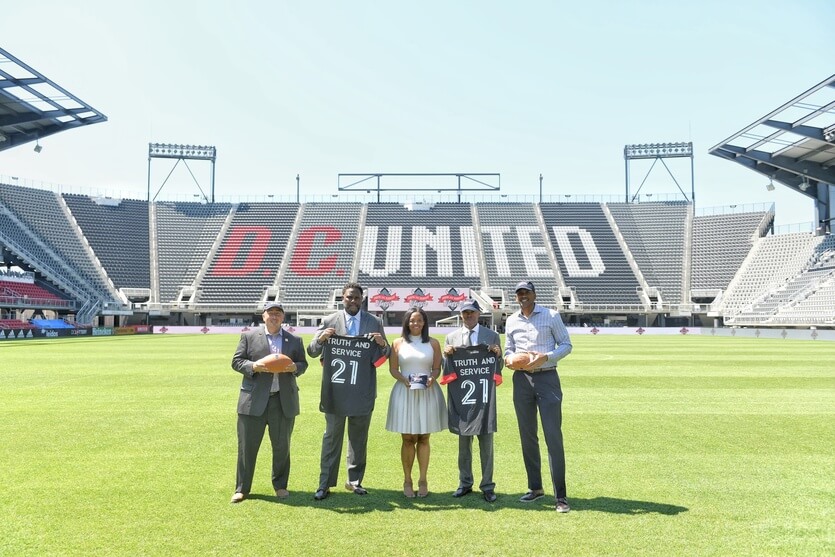 WASHINGTON – Audi Field has announced a strategic partnership with Howard University and Events DC to host the university’s annual Truth and Service Classic football game. This season’s game, which will be held on September 18, will become the first-ever college football game played at the 20,000-seat venue in downtown Washington, D.C., the home of Major League Soccer club D.C. United.

The new relationship between Audi Field and Howard University will see the Truth and Service Classic, which will operate as a home game for the Bison, launch this year with a long-term goal of an annual showcase game taking place at Audi Field under the Truth and Service Classic moniker. The first edition will feature the 96th meeting of the historic rivalry between Howard University and Hampton University with future opponents set to be named at the beginning of each collegiate football season.

“When we opened Audi Field in 2018 it was always our vision to create a year-round destination that plays host to premier sporting events and a diverse collection of entertainment,” said Jason Levien, Co- Chairman and CEO of D.C. United. “We’re excited to welcome the most notable HBCU football game in our nation’s history to Audi Field for the inaugural Truth and Service Classic and are eager to further our relationship with an institution that is part of our city’s fabric alongside our great partner, Events DC.”

The Howard Bison play in the Mid-Eastern Athletic Conference (MEAC) and have been a football program for over 125 years. Over the course of the program’s history, they have won five Black College National Championships and three conference championships. Their most recent notable win came in 2017 when they defeated the University of Nevada Las Vegas (UNLV) 43-40 in one of the biggest upsets in college football in recent history. 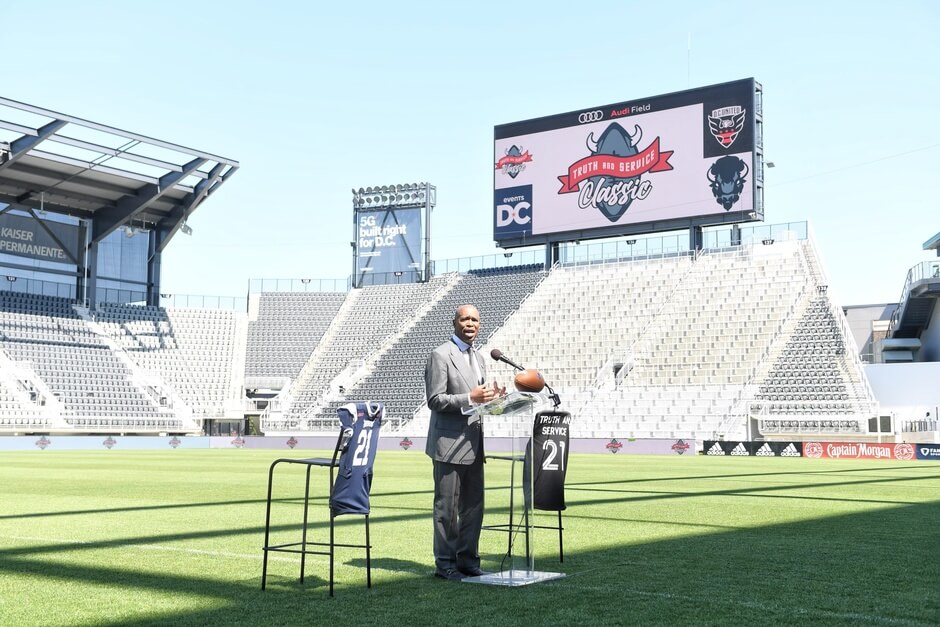 “It will be tremendous thrill, for me personally and for the entire Howard University community, to see our football team play at Audi Field in the Truth and Service Classic,” said Wayne A. I. Frederick, president of Howard University. “In the aftermath of multiple sports seasons that were adjusted or canceled due to the pandemic, it is exciting to have sporting events to look forward to once again. The Truth and Service Classic this year will be a wonderful occasion to showcase the spirit of Howard. I am eagerly anticipating

this next chapter in the storied rivalry between the two HUs – Howard University and Hampton University. This competition, combined with our mutual respect for one another, is sure to bring out the very best in both of our teams and institutions. I would like to thank D.C. United and Audi Field for this opportunity.”

"The Truth and Service Classic is more than just a game. Bringing together two iconic HBCU football programs and reviving their storied rivalry here in DC is just part of an overall experience that will attract alumni and fans from around the country,” said Greg O’Dell, president and CEO of Events DC. “Together with the District, our partners at Audi Field and Howard University, we aim to create a signature event that showcases DC as a leading, world-class sports destination.”

For more information on tickets for the first ever Truth and Service Classic held at Audi Field on September 18, 2021 please visit: www.truthandserviceclassic.com.

D.C. United have called the District home for the past 24 seasons and continued that tradition when they moved into their new state-of-the-art and soccer-specific stadium, Audi Field, in Buzzard Point, Southwest D.C., in July 2018.

Founded in 1867, Howard University is a private, research university that is comprised of 13 schools and colleges. Students pursue more than 140 programs of study leading to undergraduate, graduate and professional degrees. The University operates with a commitment to Excellence in Truth and Service and has produced one Schwarzman Scholar, three Marshall Scholars, four Rhodes Scholars, 12 Truman Scholars, 25 Pickering Fellows and more than 165 Fulbright recipients. Howard also produces more on- campus African-American Ph.D. recipients than any other university in the United States. For more information on Howard University, visit www.howard.edu.