WASHINGTON – As a native of South Carolina, Joseph M. Grant recalls the memory of living through segregation and surviving to thrive throughout his higher education journey and career. Now, at age 70, he is proud to be graduating from Howard University as part of the Class of 2021 with his doctorate in political science with a focus on American government and Black politics. 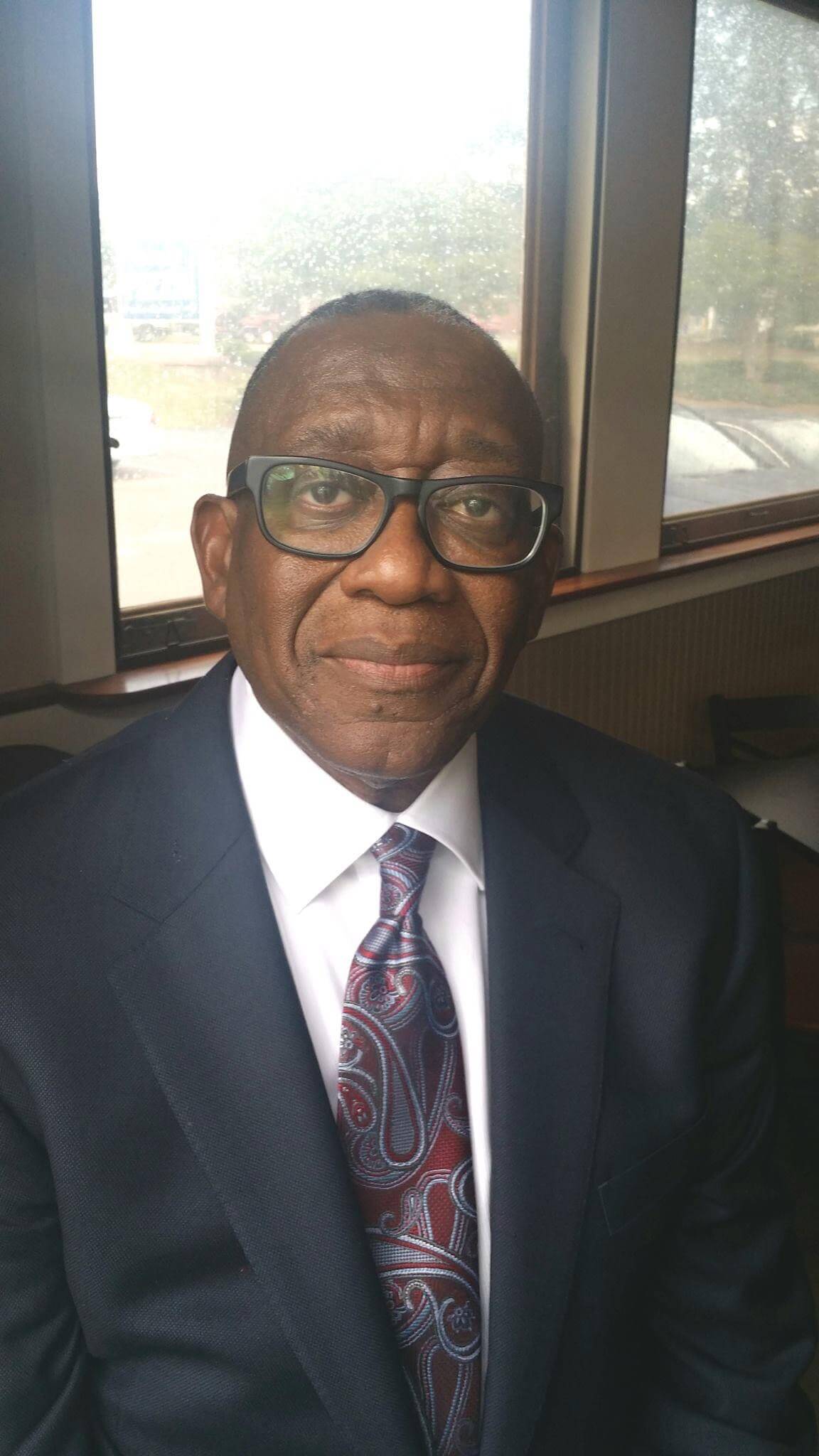 “I always wanted to go to Howard; literally all my life. This is my first HBCU experience,” said Grant, who always wanted to study political science and teach. “When I graduated high school, there was a big move to integrate, and because they needed Black students and I needed the money, it was an easy decision to go to those schools. I was determined [as I got older] that when my children were in college, they would go to an HBCU.”

He began his doctoral journey in 2015, when he was 65 years old, with some initial hesitation. Eventually, he took the leap, gave up everything and moved from South Carolina to Washington, D.C. “God just worked it out,” said Grant. He received ongoing support from the late Gary Harris, Ph.D., the former dean of the Graduate School at Howard University; Elsie Scott, Ph.D., the director of the Ronald W. Walters Leadership and Public Policy Center; and his younger classmates. Midway through his coursework, he endured a subdural hematoma, requiring him to take time off which delayed his studies by two years.

“After the surgery, my ability to read and comprehend was much less than it was before the surgery. I had to learn to hold a knife and fork and I had major confusion and memory loss. I could not comprehend what I read, nor understand its importance to what I was trying to do. My surgery altered my course of study, and seriously threatened my ability to complete my program. I almost died. It took a lot of effort, support, patience and understanding from the Department of Political Science and the Howard University Graduate School to allow me to recover and get to the point where I could function at a level worthy of the scholarly research that was expected and that I wanted desperately to deliver. I was determined to do that,” said Grant. “The school had invested in me, and provided scholarship money to me that they could have given to a lot of younger students. [I think] they appreciated the real word experiences that I could share with my classmates and the skills that I had. They realized I was a serious student, so they invested in me, and I felt obligated to honor that investment and not let it be wasted when it clearly could have gone to somebody else.”

Grant pursued the political science doctoral degree after his experience working as an association executive and lobbyist for many years and in politics in other positions, which increased his interests in American government. He also noticed how Black people consumed politics and reacted to it. This sparked his interest in furthering his engagement in the field. “I was interested in how Black people reacted to politics differently. The things that motivated us to vote and get engaged in the process. Those two areas were perfect for my background experience,” said Grant.

Department of Political Science Chair Ravi Perry, Ph.D., admired the experience and desire to learn that Grant brought to the classroom. “Joseph Grant’s intellectual contributions in Black politics are already noteworthy, with a probing dissertation on Black South Carolina senators. That Dr. Grant is not a traditional Ph.D. student is a testament to one’s own truth and life of service, our Howard mission embodied within our life stories,” said Perry. “Grant’s determination, his research acumen and the efficiency with which he successfully matriculated through our rigorous graduate studies is a shining light for all of us to never ever give up on one’s dreams. Learning from the lifelong experiences of students like Dr. Grant enriches the teaching profession. The classroom is truly a community of co-learners.”

After graduation, Grant will reveal his research work, and his intent is to inspire others with his findings and inform them of their possibilities in a complex arena through teaching. “[The research is] really designed to help Black political leaders extend their involvement and influence in the public policy development arena. My initial reason for going to graduate school is because I wanted to teach at an HBCU,” said Grant. “I spent about four years teaching at a community college in South Carolina, and the majority of my students were Black. They were of various ages, and they were all trying to improve where they were in their lives and recreate themselves. What they had in common was being intimidated by government and their lack of knowledge about how to navigate the system. So, I was able to connect with a lot of my students and help them resolve issues that involve government by helping them understand it. That was rewarding!” 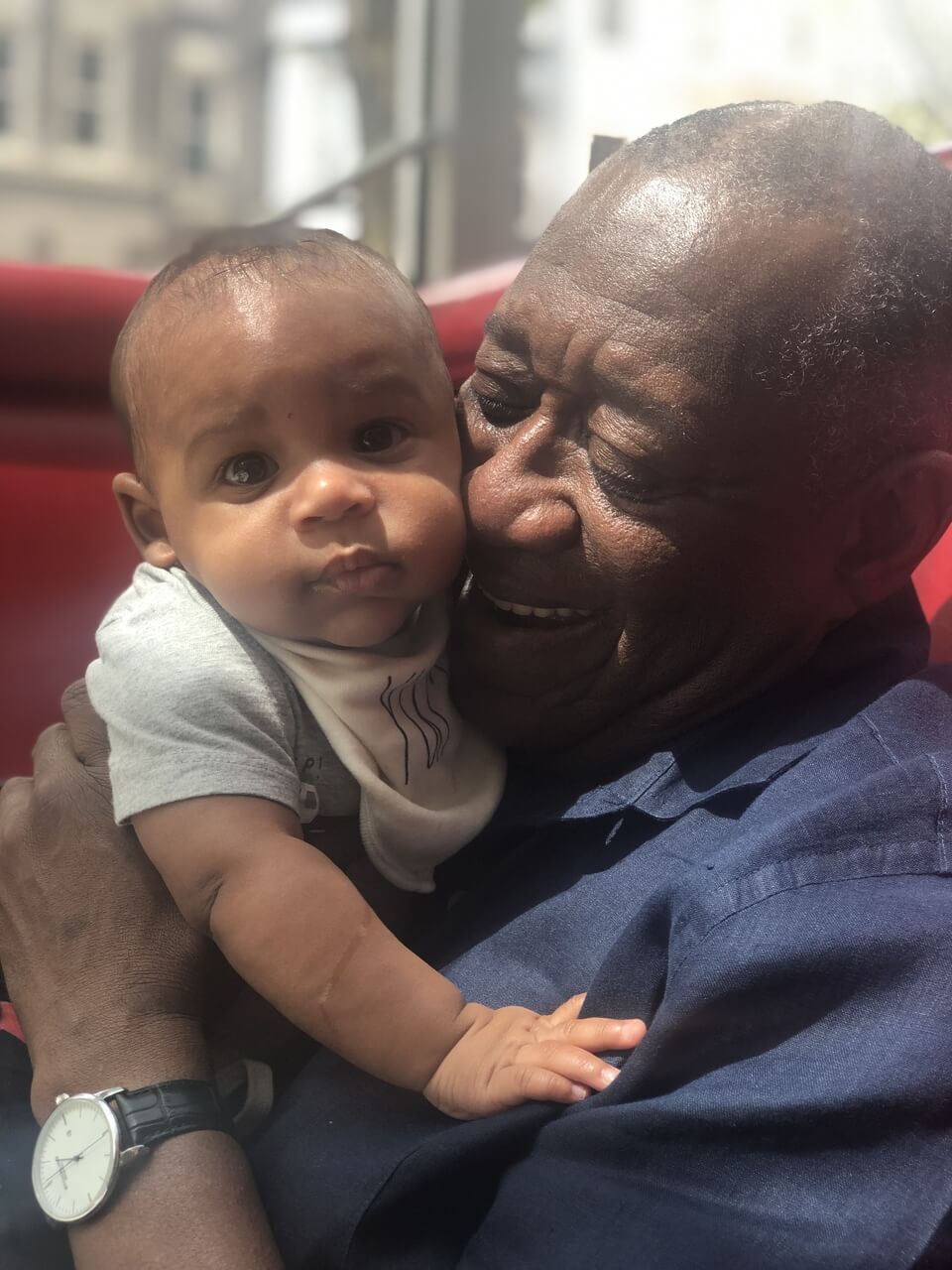 Grant’s sage advice to others is to never give up. He expressed that the experience he had in the classroom and online at Howard University motivated him so much. He hopes that his two-year-old grandson will one day attend Howard as well.

“I’m lobbying really hard for him to attend my HBCU, Howard University,” said Grant, whose children, Lauren, Ross, and son-in-law Jason attended three other HBCUs. “I've decided that when I put my dissertation in bind, I'm going to give it to him, Mason, with my autograph. I want him to know that his grandfather did it and that I completed my program at 70 after facing many challenges. I want him to be really motivated to come to Howard when it’s his time.”