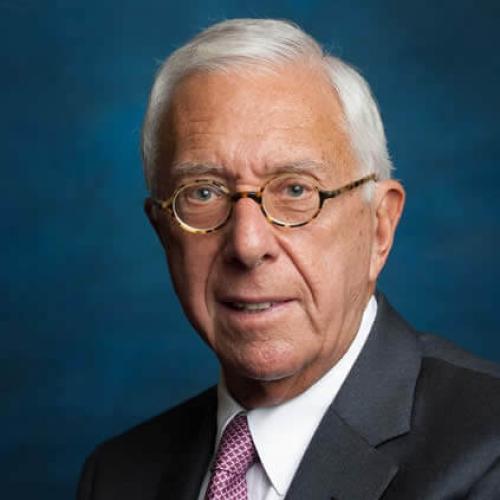 The Honorable Ronald A. Rosenfeld, a member since 2014, served as chairman of the Federal Housing Finance Board from 2005 to 2008 and as president of Ginnie Mae from 2001 until 2004. Mr. Rosenfeld held the office of secretary of commerce in the State of Oklahoma, serving under Governor Frank Keating from 1995 to 1999. He also served in two agencies under President George H.W. Bush: from 1992 to 1993, he was deputy assistant secretary for corporate finance at the U.S. Department of the Treasury; and from 1989 to 1991, he held three posts at the U.S. Department of Housing and Urban Development (HUD)—general deputy assistant secretary for housing-federal housing commissioner; acting deputy assistant secretary for multi-family housing; and deputy assistant secretary for single-family housing. Prior to 1989, he was involved in the real estate development industry specializing in apartments and shopping centers. From 1982 to 1988, he served as executive vice president of Prescott Ball & Turben, a regional investment banking firm. He is currently a director of New York Community Bancorp, NYSE and a member of the Advisory Board of the Harvard-Smithsonian Astrophysical Observatory in Cambridge, Massachusetts. Mr. Rosenfeld is a graduate of Harvard Law School and the Wharton School of the University of Pennsylvania.