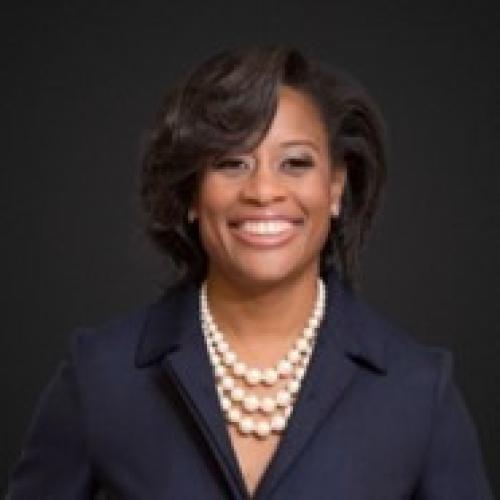 Ms. Leslie D. Hale, a member since 2013, has served as a vice chair of the Board of Trustees since 2021. Ms. Hale is the president and chief executive officer of RLJ Lodging Trust, a leading hotel real estate investment trust that owns 96 hotels with approximately 21,200 rooms across the United States.

Since joining RLJ in 2005, Ms. Hale has played a pivotal role in setting and executing the strategic vision at RLJ and has held progressively senior roles – she was appointed to chief financial officer in 2007, chief operating officer in 2016 and chief executive officer in 2018. Ms. Hale helped successfully lead the execution of RLJ’s initial public offering (IPO) in 2011, oversaw the first merger of two hospitality REITs in 2017, and is on RLJ’s Board of Directors.

In addition to her work at RLJ, Ms. Hale currently serves on the Board of Directors of Macy’s, Inc. and Delta Air Lines, Inc., and is a board member of the Federal Reserve Bank of Richmond’s Baltimore branch. Other organizations in which she is a member are the MINA Advisory Board, NAREIT Advisory Board of Governors, AHLA Executive Board, IREFAC, and The Real Estate Roundtable.