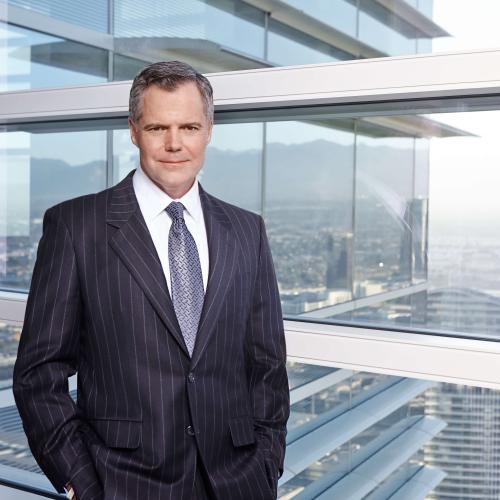 Mr. James J. Murren, a member since 2016, is the chair of the Nevada COVID-19 Response Relief and Recovery Task Force. He was appointed to lead this private-public initiative in response to the COVID-19 pandemic by Nevada Governor Sisolak in March 2020.  Mr. Murren is the former chairman and CEO of MGM Resorts International where he led a company of 71,000 employees operating in 17 destinations nationally and internationally, including MGM National Harbor in Prince George's County, Maryland which opened in December 2016 and the resort in Springfield, Massachusetts.

Mr. Murren joined MGM in 1998 after spending more than a decade on Wall Street where he was regarded as a leading analyst in the hotel and gaming industries. His arrival at MGM coincided with a period of dramatic growth for the company, including the acquisitions of Mirage Resorts and Mandalay Resort Group.

He is the visionary behind CityCenter, the unprecedented urban resort destination that opened on the Las Vegas Strip in 2009 featuring the centerpiece ARIA Resort & Casino. CityCenter – a sophisticated mix of resorts, residences, conference facilities, dining and retail – is among the largest “green” developments globally. Using cutting-edge solutions, CityCenter demonstrates that sustainability enhances the guest experience.

A native of Fairfield, Connecticut, Mr. Murren earned his bachelor’s degree in art history and urban studies from Trinity College, where he serves on the board of trustees and is the chair of the leadership board of the University of Southern California Keck School of Medicine. He is chairman of the American Gaming Association, a member of the board of trustees of the Brookings Institution, and on the National Infrastructure Advisory Council. He also served as the executive chairman of the board of directors of the Corporate Responsibility Officers Association, a professional society for corporate responsibility practitioners. He has been recognized as a "Responsible CEO of the Year" by CR Magazine and "Executive of the Year" by Casino Journal. He is a recipient of the "Distinguished Leader Award" from the University of Massachusetts’ Isenberg School of Management. Under his leadership, MGM Resorts International is a Fortune magazine’s "World’s Most Admired Companies."