Studying the LGBTQ+ Experience at HBCUs

Steve Mobley Jr. (B.A. '05) has made scholarly research on the LGBTQ+ community his calling.

Steve Mobley Jr., Ph.D. (B.A. ’05) never thought he would see the day that historically Black colleges and universities would have LGBTQ+ resource centers on their campuses.

“I have never been so happy to be so wrong,” says Mobley.

Mobley says Bowie State was the first to create one; Prairie View A&M has launched the latest center. Many HBCU presidents have also started LGBTQ+ task forces. Howard University has launched several programs to support LGBTQ+ students on campus, such as the Safe Zone Project. Howard recently established the Lavender Fund Scholarship, which provides academic financial support for students who demonstrate positive sensitivity to and involvement in LGBTQ+ issues and promote visibility of LGBTQ+ life.

“That was when I knew, or it was confirmed to me, that Howard loved me back,” says Mobley.

I felt as if Black students and Black communities in higher education contexts were painted with a broad brushstroke and were seen as pretty monolithic.” 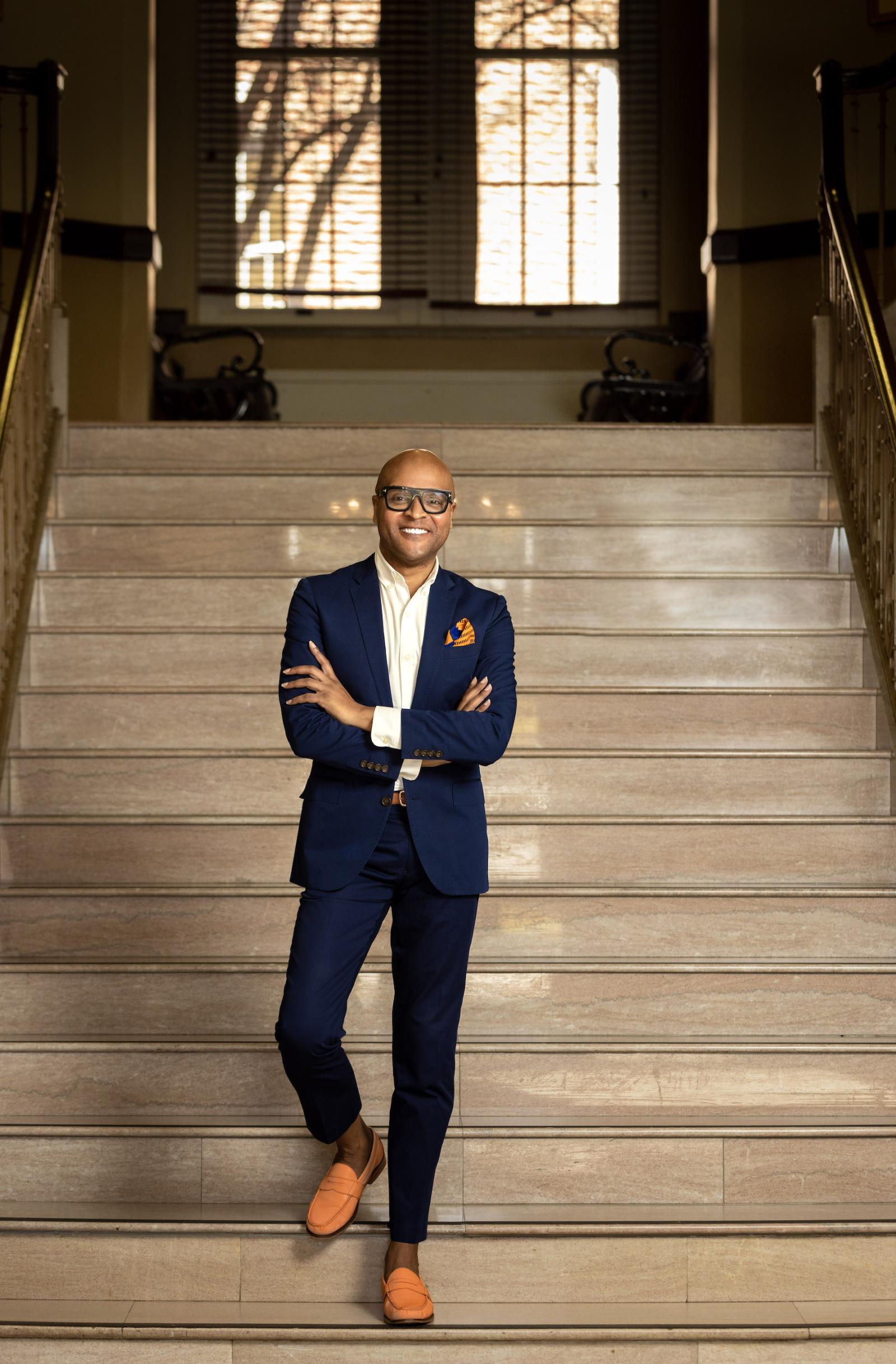 The Howard alumnus graduated in 2005, adding HBCUs have evolved immensely since then. Still, he says there is much work to be done.

“I arrived at this work during my doctoral study,” Mobley says. “I became very frustrated. I felt as if Black students and Black communities in higher education contexts were painted with a broad brushstroke and were seen as pretty monolithic.”

Mobley earned his bachelor’s degree in communication and culture from Howard University. He was initially interested in running a college or university, but his career trajectory shifted while pursuing a master’s degree in higher education management from the University of Pennsylvania. After graduation, Mobley worked with youth at several college ready programs. There he was faced with an issue that still haunts him.

“I noticed that a majority of my students who I placed in college were [dropping out and] coming home, and it wasn’t because they were not brilliant,” says Mobley. “I needed to go back to school and try to get answers.”

I think that being out period is a performative privilege that Black and brown queer and trans folks don’t always get to enact because it can quite literally equal death.”

He obtained his Ph.D. in educational policy and leadership from the University of Maryland, College Park, focusing on the nuances of Black, low-income students and how they navigated higher education. He admitted he still does not have the answer to that important question.

“I saw very few articles, especially on Black students and HBCUs that really dug into the intersection,” says Mobley. “And what was going on with Black, queer and trans students? My dissertation was on how low-income students experienced clashes with elitism. A lot of that was based on my own experiences. I grew up in a low-income household, and when I got to Howard [where a lot of students had money], I felt as if I was in the minority.”

“I was very excited but sad on graduation day because I was one of those who didn’t want to leave Howard,” says Mobley. “I never wanted it to end.”

While relishing his undergraduate experience, Mobley says he didn’t feel able to fully be himself during those years. Whether it was feeling unsure of how those closest to him would react to his coming out or not feeling safe to do so, he did not openly share that he was gay until he moved away from his home and family in the nation’s capital.

“I did not feel safe to explore my sexuality until I was in graduate school in Philadelphia,” says Mobley. “That very first article that I published when I named myself as ‘I'm this Black gay researcher’ was circa 2013.”

He went on to say, “I think people always assumed. I felt as if I was hiding in plain sight. I think that being out period is a performative privilege that Black and brown queer and trans folks don’t always get to enact because it can quite literally equal death.”

Mobley’s personal experiences woven into impassioned academic arguments have led to some of his strongest achievements. Mobley’s award-winning research on an HBCU’s dress code in 2009 that banned its male students from wearing high-heeled shoes was borne out of an intense debate with a classmate.

Still, Mobley says the most surprising part of his journey has been the pushback he’s often received regarding his research, which has also fueled anxiety of being pigeonholed.

“There was fear there,” says Mobley. “Do I really want to be the queer scholar talking about queer people? I think that you’re sent different messages in the academy that if you do this work you’ll be marginalized. Everything that I’ve done has fallen in the face of that.”

Mobley has published 11 peer-reviewed journal articles, nine book chapters, multiple blog articles and has a forthcoming edited volume. He has given more than 40 presentations and has already been the recipient of numerous honors, including garnering the American College Personnel Association (ACPA) Emerging Scholar-Designee.

Currently a tenured assistant professor of higher education administration in the Department of Educational Leadership, Policy, and Technology Studies at the University of Alabama, Mobley is returning “home” to the HBCU family this Fall when he will join Morgan State University as a tenured associate professor in the School of Education and Urban Studies.

“I’ve been very blessed to have HBCU presidents and different senior level administrators call me up, and say ‘we need help,’” says Mobley.

He is currently working on a book he hopes can be used as a primer for HBCU stakeholders, presidents, faculty, members, administrators and staff on how they can best engage their queer and trans populations. The project is expected to be published in 2023.

“My joy comes from the fact that I am unapologetically writing for a Black audience and Black gays,” says Mobley. “When HBCUs and Black folks say, ‘Job well done,’ that gives me all the feels.”