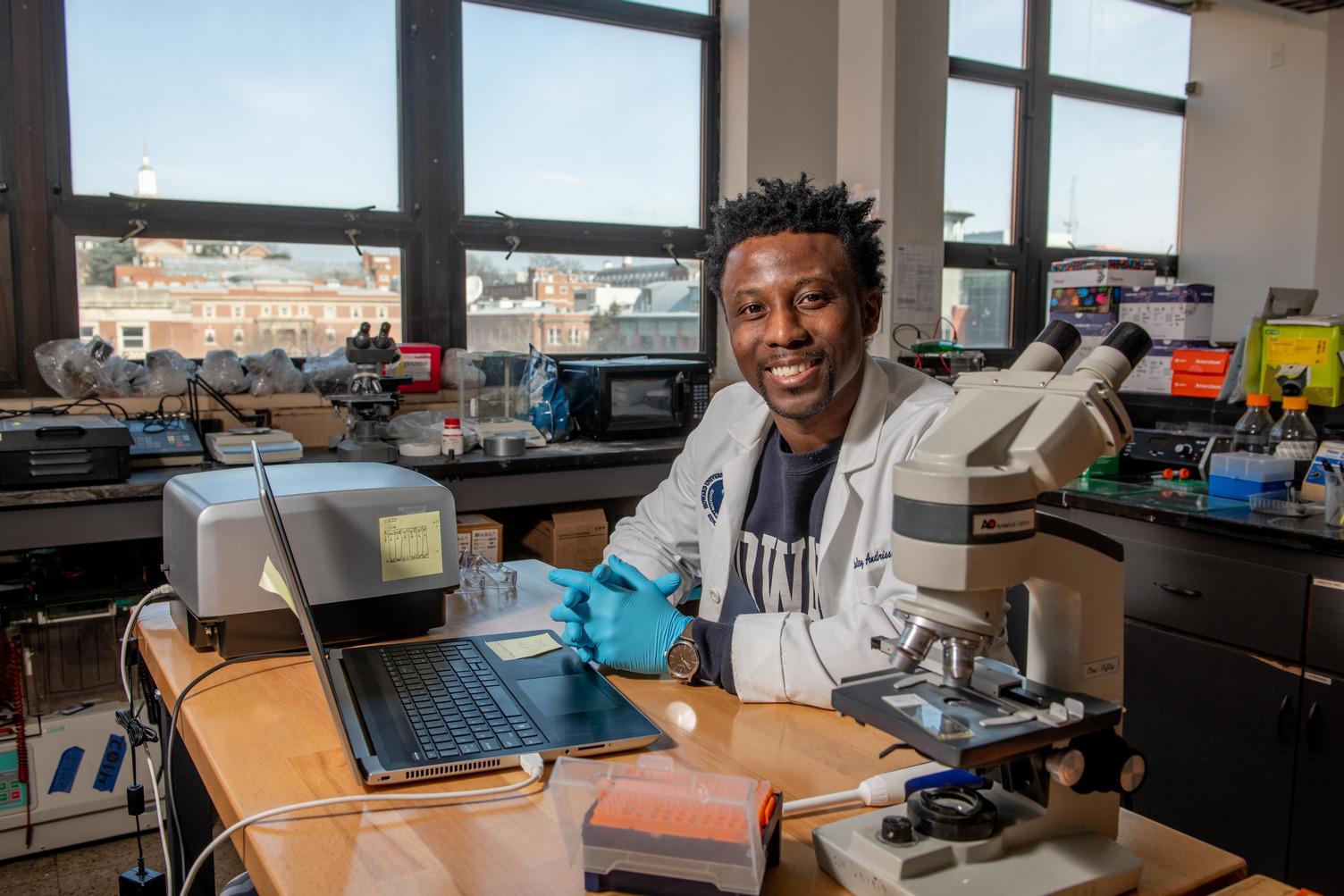 Stanley Andrisse was first arrested as a 14-year-old boy. By the time he was in his early 20s, he found himself sitting before a Missouri judge with three felony drug convictions and the prospect of a 20-year prison sentence. Today, Stanley Andrisse is Dr. Andrisse – an endocrinologist scientist and a second-year assistant professor at the Howard University College of Medicine.

This summer, Andrisse will lead several College of Medicine colleagues in an innovative program that gives other formerly incarcerated people pathways to careers in STEM through research internships on Howard University’s campus. Andrisse was recently named co-recipient of a major National Science Foundation grant to increase access to STEM education for currently and formerly incarcerated people – a big step forward in the emergent movement to create “Prison to College pipeline” programs.

“Howard University was founded to help educate people recently freed from slavery,” Andrisse says. “Being in a state of mass incarceration, as we are with 70 percent of people in prison being people of color, helping educate incarcerated people aligns well with the origins of Howard’s mission.”

The five-year NSF grant, called “STEM Opportunities in Prison Settings (STEM-OPS),” is a collaboration between several institutions, with Andrisse taking the lead. The program’s summer research internships will take place at Howard University and at Johns Hopkins University, where Andrisse completed post-doctoral education. Most of the faculty taking part in the project at Howard are Andrisse’s own colleagues in the Department of Physiology in the College of Medicine.

Approximately 10 interns will participate in the program. They were first recruited while still incarcerated in the Maryland correctional systems where they received mentoring and tutoring. The plan is that after release they will transition to Baltimore City Community College to obtain associates degree, while doing summer research at Howard or Hopkins.

“The idea is once they come home, we get them into a college setting with academic support,” Andrisse says. “We have professional development, training and research workshops, and then eventually the summer research internships.”

Andrisse’s experience of incarceration have been chronicled in Nature magazine and recently on the PBS Nova science program. Andrisse also written a recently published a memoir on his experiences, From Prison Cells to PhD: It is Never Too Late to Do Good.

His troubles began at a young age in Ferguson, Missouri where he started making poor decisions. His troubles culminated in three felony drug charges and a difficult wakeup call one day sitting in court and hearing a prosecutor arguing that he was a career criminal and should be thrown away for life. Andrisse was sentenced to10 years in prison.

“I was seen as something beyond human,” Dr. Andrisse says. “The prosecution painted a picture of me being this dangerous threat to society.”

While incarcerated, Andrisse’s father experienced declining health after a battle with type-2 diabetes. Andrisse became eager to learn more about the disease. Diabetes caused his father to lose his toes, his feet and ultimately, his life. Andrisse gained a mentor in biologist Barrie Bode, who was then a professor at Saint Louis University.

“It is very emotionally difficult for any person to see their loved one going through something like that, to be locked in a cage amplifies that emotional distress. It is very hard to put into words,” Andrisse says.

Andrisse began reading scientific articles on diabetes while incarcerated, which fueled his motivation to apply to graduate school and study medicine after his release. Andrisse was later rejected from every biomedical graduate program where he applied, except for the university where his mentor was on the admissions committee, St. Louis University. Andrisse performed at the top of his class and eventually also completed a master’s in business administration and a Ph.D. focused on diabetes and physiology.

In addition, Andrisse started From Prison Cells to PhD, a non-profit organization that works with 100 currently and formerly incarcerated people each year. The organization provides resources, tools, support, mentoring and internships to help people achieve their academic goals and is part of the NSF grant program.

To learn more about the summer project, contact Dr. Andrisse at Stanley.andrisse@howard.edu