It’s not often that a single individual accomplishes as many “firsts” as Howard University alumna Patricia Bath (MD ‘68). In the decades following her graduation from the Howard University College of Medicine, Bath became the first Black woman to complete a residency in ophthalmology at New York University, the first woman to chair an ophthalmology residency program in the United States, and the first Black woman doctor to receive a medical patent in the U.S. for her invention of laser cataract surgery.

In the face of systemic racism and sexism, Bath excelled as a doctor, researcher and inventor, opening doors for generations to come. After completing her M.D. degree at Howard, Bath returned to New York, where she was born and raised, to intern at Harlem Hospital and complete a fellowship in ophthalmology at Columbia University.

Bath noticed clear racial and economic disparities between the eye clinic at Harlem, where half the patients were blind or visually impaired, and the eye clinic at Columbia, where very few patients were dealing with blindness or visual impairment. She conducted a retrospective epidemiological study and determined that blindness among the Black patient population was double that of the white patients. In response to her findings, Bath created a new discipline called community ophthalmology, in which volunteers are trained as eye care workers to provide primary eye care to chronically underserved populations. Community ophthalmology is now practiced around the world.

In 1981, Bath envisioned a technology that would revolutionize cataract surgery: a laser probe that vaporizes cataracts. UCLA lacked the laser technology needed to bring her idea to fruition, and she found that she had hit a “glass ceiling” in the U.S., so Bath moved her work to Germany to test her design using the most advanced laser technology in the world at the time. In 1988, she received a patent for the device, which she called the Laserphaco probe. 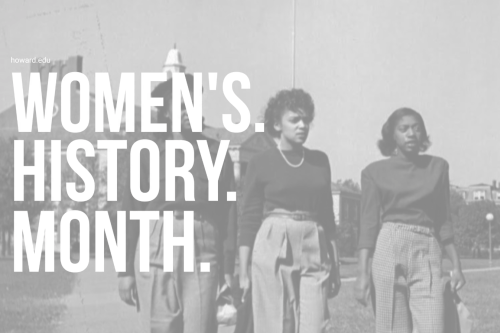 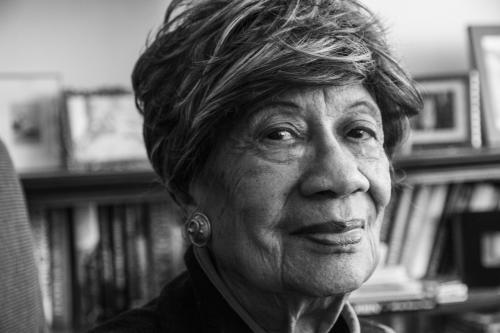 How Gloria Richardson (BA ’42) Found Her Activist Voice at Howard

Bath’s achievements began early. At the age of 16, she was already making headlines doing cancer research at Yeshiva University while still in high school. She earned her degree in chemistry from Hunter College in 1964 and went to Howard University for medical school, where she found Black mentors for the first time. While attending Howard, Bath served as the medical coordinator for the 1968 Poor People’s Campaign, an economic justice initiative organized by Dr. Martin Luther King Jr. and the Southern Christian Leadership Conference. This was just one of many examples of her lifelong commitment to economic justice and equity.

Bath was New York University’s first Black ophthalmology resident. She went on to join the faculty at UCLA as the first woman faculty member in the department of Ophthalmology at the Jules Stein Eye Institute. In 1983 she became the chair of UCLA’s Residency Training Program. Outside of the university setting, she co-founded the American Institute for the Prevention of Blindness (AIPB). The AIPB operates on the principle that sight is a basic human right and that eye care should be provided to everyone, regardless of economic status.

She continued to fight for equitable eye care and later became an advocate of telemedicine as a means of providing health care to patients in remote areas.

She died in 2019, leaving a legacy of innovation and achievement in the name of equity and justice. Bath was posthumously inducted into the National Inventors Hall of Fame, becoming one of the first Black woman inductees.