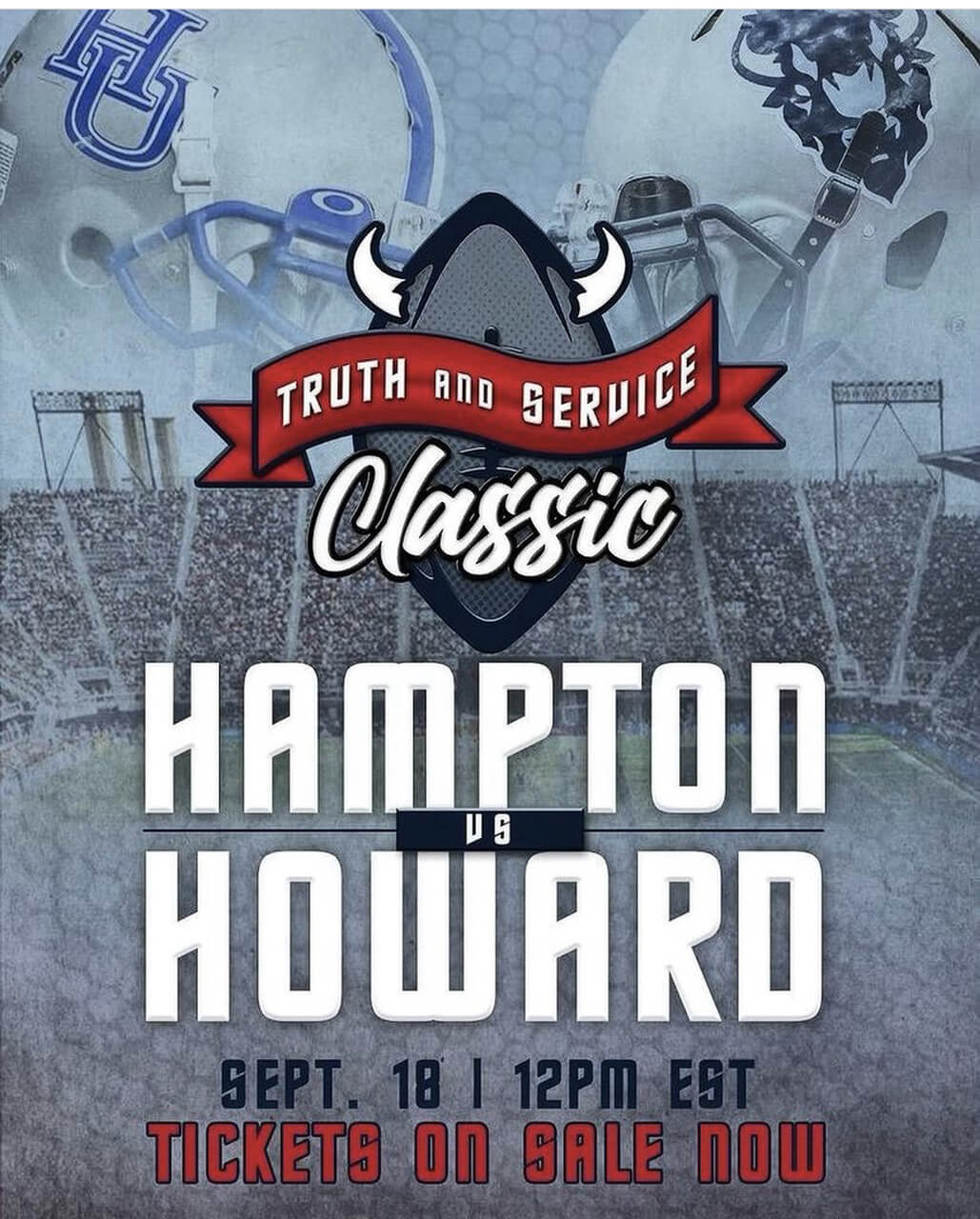 WASHINGTON –The Howard University community, students, faculty, staff and alumni are invited to attend the first-ever Truth and Service Classic football game on Saturday, September 18 at Noon ET. The event, hosted in partnership with Events DC, will feature the 96th meeting of the historic rivalry between Howard University and Hampton University, a battle of the bands, and a pre-game service initiative. Doors will open at 9 a.m. for a pre-game event with a DJ and live music that will last until the start of the game. General admission tickets are available for purchase here and Howard student tickets can be purchased at an exclusive student rate here.

“We are thrilled to host the inaugural Truth and Service Classic football game at Audi Field,” said Howard University Director of Athletics Kery Davis. “We are excited to see Howard students, faculty, staff and alumni show their Howard spirit at yet another historic football classic in this new setting. I also want to extend my gratitude for our partners Events DC and Audi Field for their dedication and commitment to making this a successful event now and for years to come.”

In an effort to provide a safe, fun and true Howard experience, Howard is offering a free shuttle service for students attending the Truth and Service Classic. Students who purchase tickets using their @bison.howard.edu email address can purchase a maximum of one ticket per student for $15 each.

The inaugural Truth and Service Classic will be televised by NBC Sports Network at Noon ET. The coverage will also be streamed live on NBCSports.com and the NBC Sports app. Sports commentator Chris Lewis will handle play-by-play, and will be joined by analyst Jay Walker – a former Howard University quarterback – and reporter Zora Stephenson. The harmonious sound of the Showtime Marching Band will be a keystone in NBC’s coverage of the inaugural Truth and Service Classic football game as Howard and Hampton represent the historic legacy of HBCUs in the Battle of the Real HU.

Before the game, Howard University will participate in a student-led environmental justice service initiative coordinated by the Office of the Dean of the Chapel. Students will complete a park beautification project at Anacostia Park in Washington in partnership with the National Park Service. Students can register for the service initiative here.

In light of the upcoming “Justice for J6” rally and District of Columbia government warnings of potential disruptions throughout the city on September 18, the University strongly recommends students take the shuttle service to the game. Additionally, as parking at the stadium is limited, public transportation is encouraged for the general public.